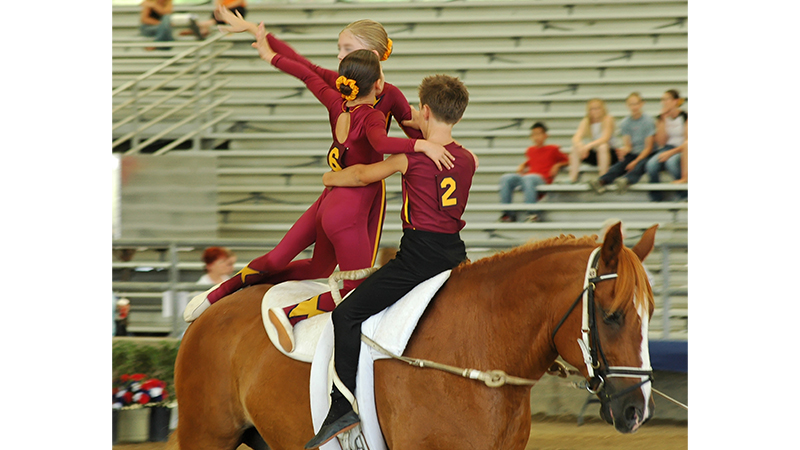 Testing for the World Equestrian Games vaulting and endurance events were re-scheduled from October 2017 to April 2018., along with other tests for the World Games to be held at the Tryon International Equestrian Center. (source file)

MILL SRING – Testing for the World Equestrian Games (WEG) began at  Tryon International Equestrian Center (TIEC) in October 2017. However, due to construction delays at the venue, some of the events scheduled for October were rescheduled for April of 2018.

The WEG Organizing Committee released a statement last July saying, “. . . these delays mean that the sites for the Endurance Vet Gate and Vaulting will not be in a condition that we believe would deliver a useful experience as Test Events. As a result, the Endurance Test Event will now be rescheduled to April 2018. The Vaulting Test Event will also be moved to Spring 2018.”

Testing at Tryon will continue this April for Eventing, Driving, Para-Dressage, Dressage, Vaulting and Endurance. The reining tests will begin in May. There is no cost to watch the tests. All events take place at the TIEC facility in Mill Spring from 8 a.m. to 5 p.m. For more information contact www.tryon2018.com/allevents.