Tales of the Hunts: Wintertime and the living’s freezing 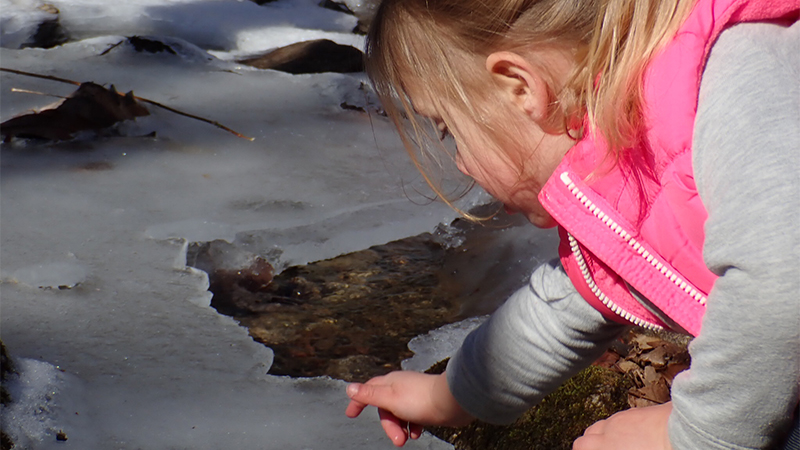 I religiously check the weather app on my phone starting in September. That first low temperature in the 40s wells up an excitement of frosty mornings that are soon to come. Eventually, I am looking for 30s and 20s as the lows and enjoy seeing the frozen puddles of January. This January, on the other hand, the puddles that were frozen were lakes. Lakes that I haven’t seen freeze in a decade and waterfalls that built up ice walls that I have never seen before. Needless to say, this winter has been cold.

I always have said that I’d rather cold weather than warm. It seems logical that you can always get warmer in cold weather by putting on more layers. When it gets hot you eventually reach a point where you can’t remove any more layers for fear of jail time.

Having more layers doesn’t always solve the problem though. On a recent duck hunt, after breaking ice for 30 minutes to make a nice duck landing strip, I began to sweat. And in 20-degree weather, sweat freezes. We always try to make ripples on the water to make ducks think the decoys are alive. My shivering body had those ripples going nonstop until we gave up.

When we decided to give up I went to grab the big gloves I use to hold my paddle. Instead of the soft insulated glove I laid down two hours before, I picked up a “glove-cicle” that resembled a glove from a suit of armor.

Two weekends this season we couldn’t even duck hunt because all of our ponds were frozen. Surprisingly enough, waterfowl need water in its liquid form. With antsy dogs and active kids, we had to change up plans. We ended the hunting season where we started, the dove field. Instead of worrying about overheating we were drinking coffee and wearing toboggans.

After the recent snow the family went to Jones Gap to see what the cold had done to the Middle Saluda River. Ice shelves and small frozen waterfalls followed the trail up as far as my 3-year-old could hike. We both looked curiously at the ice bridges across the small feeder streams. My son’s curiosity led him to step on a small ice shelf and subsequently drench his shoe in the ice-cold trickle. He is tough though and carried on hiking another hour with the new trail name “Wet-foot.”

This winter has tested my premise that I would rather the weather be cold than hot. Even though Old Man Winter threw a few curve balls at us I am still a cold weather guy. Give me a day that involves breaking ice, down jackets, and a toasty fire. I’ll take that over flip flops, sand in my ears, and swatting ‘skeeters any day.