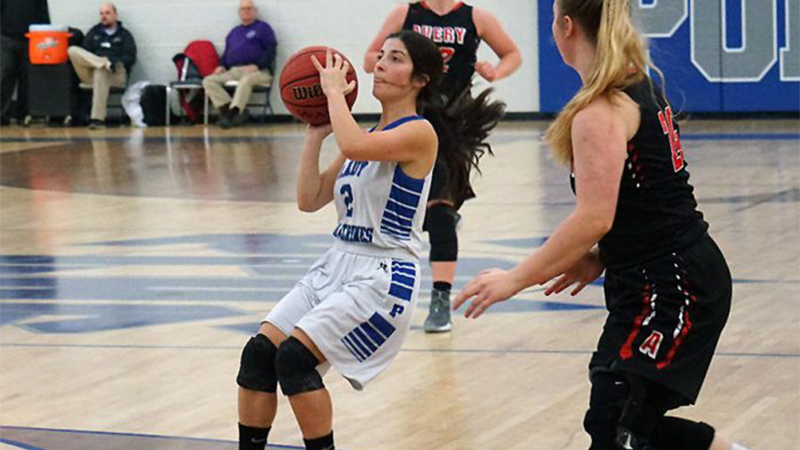 Polk County’s Bella Marino pulls up in transition to attempt a jumper during Friday’s game.

Brandy Alm had a smile on her face Friday night in the wake of Polk County’s 52-41 loss to Avery – until she looked at one section of the postgame stat sheet.

Polk County otherwise held its own against a veteran Avery team that reached the state 1A semifinals last season, two small scoreless runs also proving key in the final outcome.

The Vikings (12-7, 2-4) took advantage of the first drought, pounding the offensive boards early in building a 13-point lead in the first quarter. Polk County (1-16, 0-6), though, fought back, trimming the deficit to six late in the second period before trailing 33-26 at the half.

The Wolverines got within five early in the third period and had several chances to get closer, but couldn’t get anything to drop during a crucial four-minute span in the third.

Polk’s Ansley Lynch finally broke through with a layup at the 2:10 mark, but the Wolverines trailed by double digits at that point, and Avery kept Polk at bay throughout the final period.

“Those two things alone (rebounds and free throws) were the difference in the game.”

Polk County continued Western Highlands Conference play on Monday, traveling to Mitchell. Results will be available in a future issue of the Bulletin.