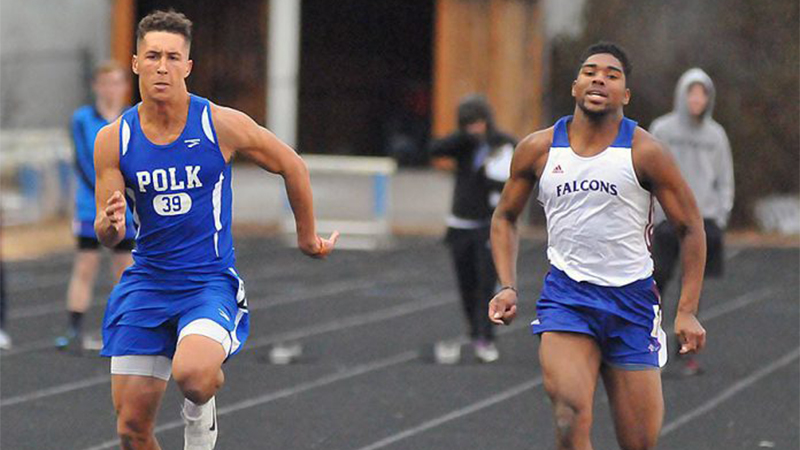 The drive to the state indoor track championships has begun – and Polk County continues to race ahead with full speed.

The Polk girls placed fifth in the 18-team competition, won by West Henderson. Franklin, Hendersonville and Brevard rounded out the top four ahead of the Wolverines.

The Polk boys racked up 111 points, nearly doubling the total of runner-up Franklin with 54. Asheville (52), Hendersonville (37) and Murphy (35) completed the top five teams.

The Wolverines had several standout individual performances, including Dillon Overholt’s winning long jump of 20-9 1/2, a personal best. Polk’s Jake Justice placed second with a jump of 20-9.

Justice also won the pole vault with a leap of 13-0.

Polk senior Holden Owens earned a spot in the state indoor meet, set for Feb. 9 in Winston-Salem, with a throw of 42-9 in the shot put, earning second in the event. Teammate Luke Sellers placed fourth.