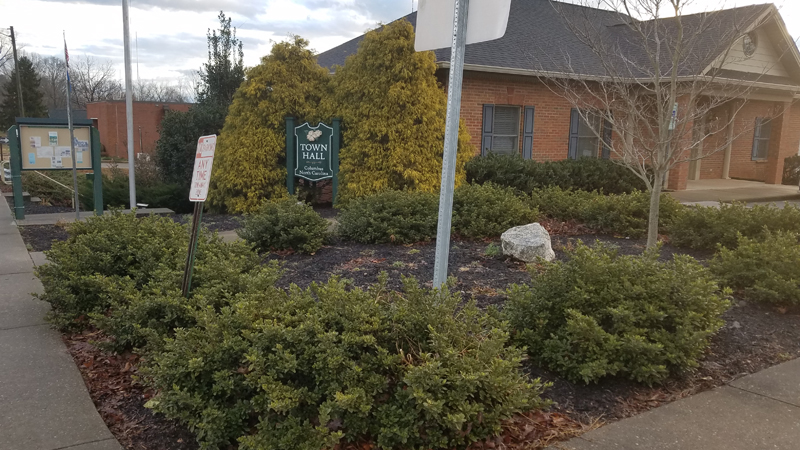 The Polk County Appearance Committee awarded the Town of Columbus a 50/50 Grant to replace plantings in front of town hall. The new plantings are scheduled to go in sometime in March. (Photo by Leah Justice)

Columbus Town Council met Jan. 18 and heard from councilman Robert Williamson. Williamson said he and town manager Tim Barth prepared a grant application for the work. The town will pay 50 percent of the costs and the appearance commission will pay the other half.

Councilman Mark Phillips asked if the town can look at the planters downtown, from Southern Manners to Blanton Street.

Williamson responded that project could be considered in the appearance commission’s next cycle of projects.

Williamson added that for the town hall planter project, officials worked with the Garden Patch to order the right types of plants for the area so there will be no maintenance.