Male leadership as part of the racial solution 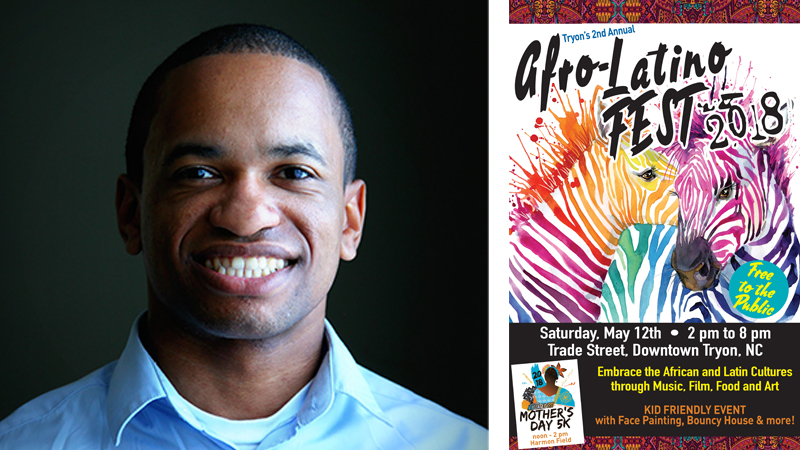 TRYON – “Being a man is hard,” said Steven Green, founder and executive director of the Grown Man Club, Inc. “In my experience there are not a lot of male leadership figures in the population of racial and ethnic minorities.”

Green started the Grown Man Club in December of 2017 to help create more racial and ethnic leaders in health care, in the legal system and in education. “We want to help shape these young men into the leaders of tomorrow,” said Green.

The Grown Man Club is officially recognized as a non-profit organization by the state of North Carolina and has applied for 501(c)3 status. Green along with Grown Man Club officers, Dianne Doll and Candice Porter, organized the Afro–Fest in Tryon last year and are planning to expand the event this May to make it an Afro–Latino festival.

The club is also inviting the public to attend a meet and greet on Saturday February 3 at the Tryon Depot at 5:30 p.m. “People can come by and meet the performers and vendors for the festival and learn about the Grown Man Club,” Green said.

Green originally started the idea of the club, after experiencing communication difficulties with local police. “There is a re-education process that needs to happen on both sides, not only for those without color, but those of color as well,” he said. “People of color have been mistreated for so many years they have developed a complex of fear and anger. They need to re-learn how to trust.”

He continued, saying that people not of color also need re-education. In Green’s opinion, during the time of slavery and the civil rights movement, people not of color were told they were better than someone else, just because of the color of their skin. “Think of the damaging effect that would have on someone,” he said.

Originally from South Carolina, Green currently lives in Mill Spring and is a Structural Integrator and Movement Specialist in his business Myo Balancing Muscular Therapy in Charlotte.

According to Green, the Grown Man Club is currently working with the African American Heritage Museum of Rutherford County and the National Alliance of Mental Illnesses (NAMI) to create awareness through the events and festivals in 2018. In addition to the February meet and greet and the African-Latino Festival, the club is sponsoring a 5K Mother’s Day run and a Men’s Empowerment Conference.

Green hopes the club will become a strong advocate for African American, Hispanic and Latino men and youth in areas such as spiritual identity, political and social development, health and wellness, and economic empowerment.

“There is an issue in the country that needs to be dealt with. I’m either a part of solution or part of problem,” Green said. “We’re [Grown Man Club] trying to instill into the men of this program a sense of maturity, clarity and change.”

For more information about the Grown Man Club, or to volunteer or donate contact Green at 864-541-4912, greensw05@gmail.com or through Facebook at Grown Man Club or Afro–Latino Fest Tryon.