The Tenth Annual Sidney Lanier Poetry Competition, sponsored by Lanier Library in Tryon, will be judged this year by celebrated poet George Bilgere. The competition, which opened on Jan. 15, will extend beyond the Carolinas to become a national competition this year, with first place prizes of $500 for adults and $50 for students. 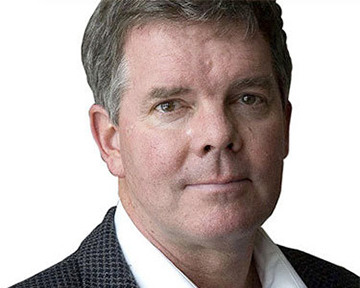 “We are excited and honored to have George Bilgere as our judge this year,” said competition founder Frances Flynn. “It is a banner year and the first year the competition will be national in scope. We are expecting some exciting poems as we open the competition to aspiring poets throughout the country, so it is fitting to have a judge of George’s caliber to decide the winners.”

Bilgere has published six collections of poetry, most recently “Imperial.” His “The White Museum” was chosen for the 2009 Autumn House Press Poetry Prize, and in 2006 “Haywire” won the May Swenson Poetry Prize. U.S. Poet Laureate Billy Collins picked “The Good Kiss” to win the University of Akron Poetry Prize. Collins has described him as “a welcome breath of fresh American air.” Bilgere’s poems have been featured on Garrison Keillor’s “The Writer’s Almanac” and Ted Kooser’s newspaper project “American Life in Poetry.” He has also been a guest on Keillor’s “A Prairie Home Companion” live radio variety show.

Bilgere also hosts his own weekly radio show, Wordplay, an offbeat mix of poetry, comedy, and an ongoing exploration of the possibilities of the spoken word. He teaches literature at John Carroll University in Cleveland, Ohio. His poems have been called “kind, big-hearted, full of love,” and “dangerously clever.”

“The Sidney Lanier Poetry competition has been a signature event of the library for 10 years,” says library directory Amber Keeran, “and we are all excited to see it taken to this new level. George Bilgere is a poet who makes poetry accessible, almost deceptively so. He represents the best in modern poetry and is the perfect poet to judge the best of the best for us.”

There are both adult and student categories in the competition, which has a deadline of midnight, March 28. Entries can be made through Submittable at www.submittable.com.

Lanier Library, founded in 1889, is one of 22 private member libraries in the United States and is named in honor of renowned Southern poet Sidney Lanier. For additional information about the competition go to www.thelanierlibrary.org.