Police and Fire departments contend with icy roads in Landrum 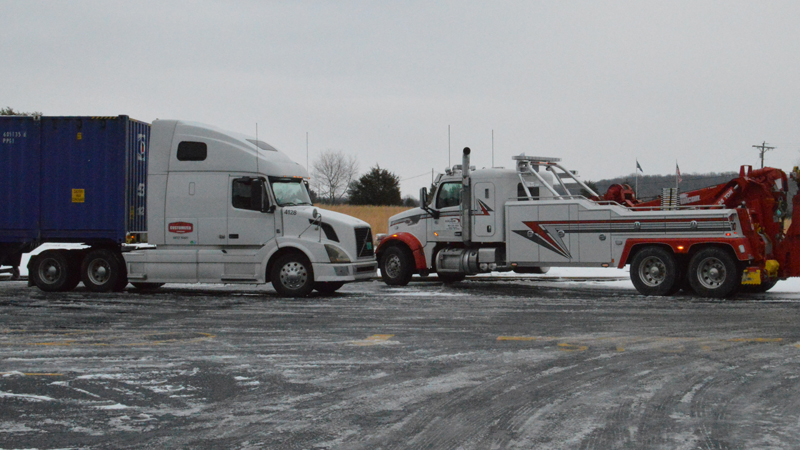 Heavy-duty tow trucks became a common sight in Landrum as they pulled at least three tractor-trailer trucks out of the icy conditions on Hwy. 14 and Hwy. 176. (photo by Catherine Hunter)

LANDRUM – By 5 p.m. Wednesday, January 17, Landrum Fire and Rescue had worked three wrecks involving tractor-trailers and one other wreck with passenger vehicles on the icy roads around Landrum. Chief Warren Ashmore said most of the tractor-trailers had either jackknifed or slid off the road. Two tractor-trailers lost control on Hwy. 14 and one on Hwy. 176. 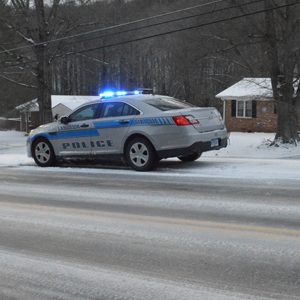 couldn’t hold her vehicle steady as it slid sideways into a van heading toward downtown.

IGA Grocery Store owner Willard Teaster said they did have a lot of customers shop on Tuesday to stock up on essentials such as bread and milk.  “The traffic was about half as much today [Wednesday] as it usually is,” he said. “Wednesday is usually a pretty busy day because of senior discounts. A lot of people couldn’t get out today.”

Teaster said those who did make it to the store on Wednesday expressed appreciation the store was open. “A lot of customers said they hadn’t seen the weather this cold for this long,” he said. “Others just liked the challenge of getting out on the roads.”

Ashmore said if people didn’t absolutely have to be out they should stay home. “It’s going to get worse as it gets into the night,” he said, adding that South Carolina issued a winter weather advisory alert in effect until 11 a.m. Thursday. “We’ll probably have to work all night [Wednesday].”