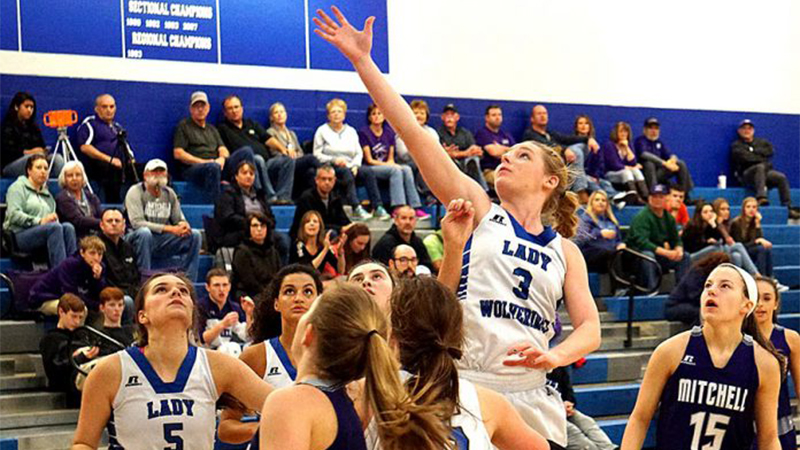 That remaining period, though, showed why the Mountaineers have climbed to that lofty ranking as Mitchell held Polk County to just two points in the third quarter en route to a 48-33 victory in Western Highlands Conference play at Polk.

A close first half ended with Mitchell (14-1, 2-0) inching out to a 25-18 lead at the break. The Mountaineers, who have only given up 50 or more points once this season, ramped up the defensive pressure in the third period, keeping Polk off the board until Julia Griffin hit a jumper on the baseline with 45 seconds left in the quarter.

Griffin’s basket made it 36-20, and Mitchell kept its lead in double digits the rest of the way, though Polk County (1-13, 0-3) did outscore the Mountaineers in the final eight minutes.

“Take away the third quarter and I’m very happy with the way we played,” said Polk County head coach Brandy Alm. “Our defensive intensity, as always, was there. We did a lot of little things well. We’ve improved tremendously.”

Patiently working the ball upcourt against Mitchell’s trademark press, the Wolverines limited turnovers in the first half, allowing Polk to keep pace with the Mountaineers.

The Wolverines also held their own on the boards much of the night. Autumn Owen finished with 17 points and eight rebounds for Polk, with Ansley Lynch adding six points and four rebounds.

Polk County is off this week for end-of-semester exams until Friday, when the Wolverines will host Madison.