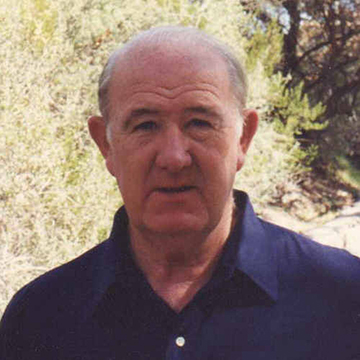 After Duke, Mr. Turner was drafted into the U.S. Army in Fort Dix, N.J. He soon reported to Fort Knox, Ky. where his baseball and basketball talents were quickly discovered. He spent the next two years playing baseball and basketball for the Fort Knox team. As his Army service obligation was coming to an end, Mr. Turner and several baseball teammates were told that Brooklyn Dodgers scouts were working out pitchers just off post. In early 1958, he married Noretta Smith and became one of the first players to sign with the Los Angeles Dodgers, and headed west to play Triple-A ball with the Reno Silver Sox.

The news of the pending arrival of a baby ended Mr. Turner’s baseball career and he began anew as a salesman with Reynolds Metals Company. The rise of aerospace had Mr. Turner and a growing family move around New York State, to Florida, Missouri, New Jersey, and Vermont where he retired in 1995 after a career spanning 35 years, four children, the death of his first wife, marriage to his high school sweetheart Jean Lincoln, and the addition of her three children to the family. Retirement found the Turners searching for warmer weather and eventually they settled in Tryon, N.C. in 2005.

A funeral will be held at 5 p.m., Saturday, January 6, 2018 in the McFarland Funeral Chapel, Tryon, N.C. with Dr. Chris Osborn officiating.

The family will receive friends prior to the service Saturday from 4 – 4:45 p.m. at the funeral chapel.

There will be a reception for friends and family immediately following the service at the Turner Home in Tryon.

In lieu of flowers, the family asks that donations be made in Mr. Turner’s name to the Duke University Alumni Association.