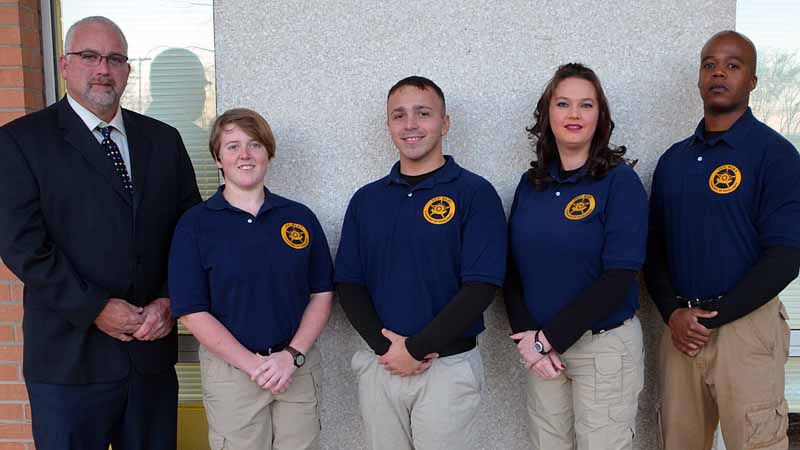 The BLET program is the state-mandated course of study for anyone interested in becoming a certified law enforcement officer. The four students who completed the program were trained in 35 topics including criminal law, arrest, search, and seizure, driver training, defense tactics, firearms, and other related law enforcement topics.

The students who earned a graduation certificate for the 673-hour training program are Tori Post, Tyler Schultz, Cassondra McClung and Keenan Nesbit.

After an invocation and the National Anthem led by Isothermal VP Stephen Matheny, the audience was welcomed by Tom Tarker, director of the Criminal Justice program at Isothermal. An overview of the program was given by Tarker before the commencement address from Dr. Johnny Smith, dean of Health and Public Services. BLET director Philip Bailey presented the awards.

McClung earned the Top State Exam Award and the Top Academic Award. Post was awarded Most Improved Physical Fitness. Schultz received the Top Firearms Award. Nesbit was named the winner of the Standard of Excellence.

This is the 74th BLET class to graduate from Isothermal Community College since it began conducting the training in the late 1970s.