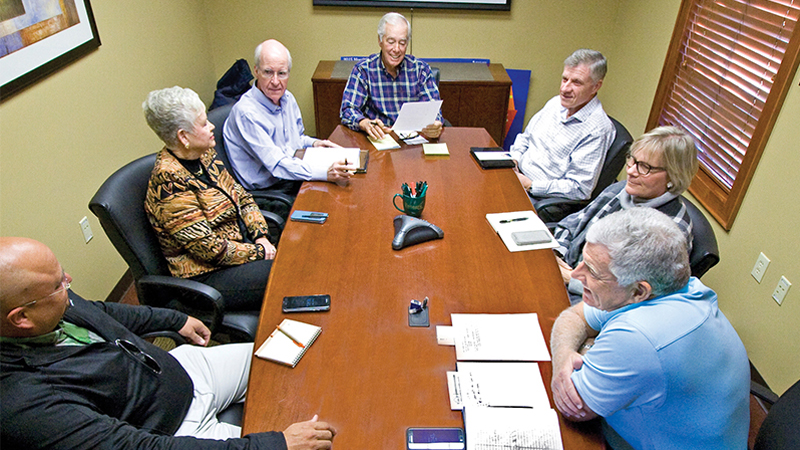 Editor’s Note: Over the next few days, we will publish our annual look back at some of the top stories, newsmakers and images that shaped the year.

The WNC Chapter of Service Corps of Retired Executives (SCORE) —evaluated for performance in Polk County and Landrum, and the counties of Henderson, Rutherford, Transylvania, Jackson, Macon, Clay, and Cherokee—was awarded Chapter of the Year for the state and also recognized in the top 25 chapters nationwide for client satisfaction.

Polk County Sheriff Donald Hill (D) announced he will not be seeking re-election in 2018. Hill was appointed sheriff in November 2008 following the resignation of Abril, who won the office during the 2006 election. Hill ran in 2010 and won the seat of sheriff and won again in 2014.

The N.C. Department of Transportation approved funding for a bicycle and pedestrian comprehensive plan for the Towns of Columbus and Tryon. The cost of the project is estimated at $40,000 for each town, with the towns contributing 10 percent of the total costs, or $4,000 each.

A Landrum man was arrested after police said he walked down South Main Street in Inman, S.C. without wearing clothes. Marcus Dean Wooten, 21, of 455 Goforth Rd., Landrum, was arrested and charged with indecent exposure, according to the Inman Police Department. The incident occurred just after midnight on Wednesday, May 24.

The Saluda Board of Commissioners met May 8 and heard from city manager Jon Cannon, who reported that in just a year, the city’s water loss has decreased from 80 percent to 40-50 percent.

The Town of Columbus approved amendments to its zoning ordinance last week to specifically define and place restrictions on adult establishments. Columbus Town Council met Thursday, May 18 and approved the amendments, including defining adult establishments according to N.C. General Statutes and restricting such businesses to the town’s Highway Commercial zoning district only.

Polk County brought home a pair of medals and a pair of 17th-place team finishes in Friday’s state 2A track and field championships, held at North Carolina A&T State University. Senior Troy Lieberman placed second and sophomore Jake Justice took third in the pole vault, leading a contingent of 11 Wolverines who competed. Both the girls and boys teams finished 17th in the overall standings, each the top Western Highlands Conference team.

A truck driver died in a crash on I-26 near Saluda at the Polk/Henderson County line after he ran off the road and went between the bridges and crashed onto Macedonia Road below. The wreck occurred near mile marker 56 with the truck taking out a section of the guardrail.

The Polk County Board of Commissioners approved a zoning ordinance amendment this week to extend the county’s “Equestrian Village” zoning district to three properties owned by Tryon International Equestrian Center. The tracts of land that were rezoned to equestrian village were formerly zoned as multiple use or in unzoned areas of the county. The parcels rezoned include P105-13, P105-20 and P105-66. 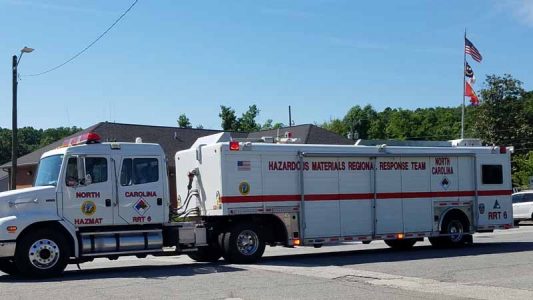 The Polk County Jail in Columbus was evacuated on May 16 following a chemical spill. There were 17 inmates at the jail at the time, who were taken under officer supervision to the Womack building across the street. A hazmat team out of Asheville came to clear the spill and all inmates and employees were evaluated by EMS. (photos by Leah Justice)

The Polk County Sheriff’s Office arrested six individuals in the Mill Spring area after approaching a residence and conducting a traffic stop next to a residence in Mill Spring. 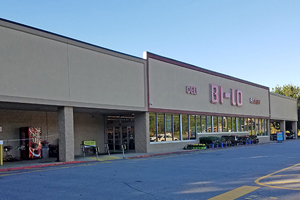 Bi-Lo in Columbus closing in June after 24 years

The Bi-Lo grocery store in Columbus is closing its doors after 24 years. Employees were alerted of the closing Friday, April 28 with the store closing in about eight weeks, near the end of June. There are approximately 45 employees at the Columbus Bi-Lo.

Woman dies after being struck by rollback on U.S.

A 48-year old woman died Saturday, April 29 after being struck by a rollback on U.S. 74. Cheyanne Marie Griffin, of Fletcher, died at the scene, according to investigators. The incident occurred around 11 a.m. Saturday along U.S. 74-East near mile marker 172.

The Polk County Sheriff’s Office PACE (Polk Aggressive Criminal Enforcement) Team in conjunction with the N.C. State Bureau of Investigation (SBI) and the South Carolina Law Enforcement Division arrested a fugitive out of South Carolina this week who was wanted for drug trafficking. The arrest was made at the Saluda Mountain Lodge on Tuesday, June 27. Michael John Powell, 38, of Greenville, S.C. was arrested after being wanted in South Carolina for drug trafficking, according to sheriff reports.

Polk Commissioners unanimously adopted the fiscal year 2017-2018 budget during its June 20 meeting with a revenue neutral tax rate. Polk County Manager Marche Pittman said the county will take in the same amount of revenue next year from property taxes as it received this year with a tax rate of 52.94 cents per $100 of property valuation. The county’s current tax rate is 53.75 cents.

The N.C. Department of Transportation (NCDOT) is working quickly to get new ramps at the intersection of I-26 and U.S. 74 in Columbus. The NCDOT recently approved an approximate $1.4 million bid to Parsons to design the new ramps as well as design part of a Hwy. 108 project. 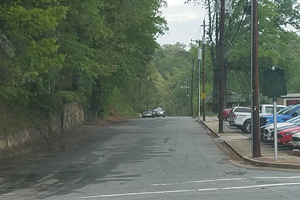 The Town of Tryon recently received estimates to replace a sewer line underneath Howard Street as well as to repave Howard totaling $133,000. Tryon Town Council met April 18 and heard from town manager Zach Ollis that the estimate to replace the sewer line came in at $78,000. The repaving is estimated at $55,000, according to Ollis.

The Town of Tryon has a woman on council for the first time in a couple of years and the first black woman to ever sit on council. Tryon Town Council met Tuesday, June 20 and unanimously appointed Chrelle Booker to serve the open seat of former commissioner Roy Miller, who resigned effective June 1.

The City of Saluda adopted its new budget for fiscal year 2017-2018 last week that keeps the same tax rate and has no increases in services. The city’s total tax rate will remain at 60.5 cents, which includes 54 cents per $100 of property valuation for the city’s general fund and 6.5 cents for the fire department.

The City of Saluda is on its way to having public restrooms after approving a bid to pour the slab for the facility at Pace Park downtown. The Saluda Board of Commissioners met June 12 and approved a $4,700 bid from Trace & Company to do the work.

The Polk County Board of Commissioners is sending state legislators a resolution opposing a current bill before the N.C. House of Representatives. House Bill 581 is currently being considered regulating billboards. 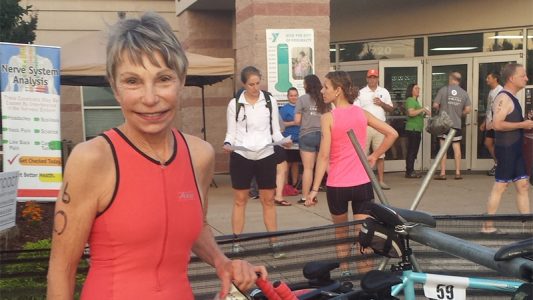 Senior Carol Jean Vosburgh of Tryon experienced her first double win at the Middle Tyger Triathlon, June 3 in Duncan, S.C. She not only won her 70-74 year old age group, she received the award for being the oldest participant.

Polk County Manager Marche Pittman publicly announced this week that the N.C. Department of Transportation (NCDOT) has scrapped its plans to make Hwy. 108 between Columbus and Tryon four lanes.

Tryon Elementary School Guidance Counselor Joseph Frank Korzelius pleaded guilty in federal court on Wednesday, June 7 for defrauding the North Carolina Medicaid Program of over $400,000, according to the U.S. Department of Justice.

Polk County Schools said this week student identities from Tryon Elementary School are not at risk following the case of former guidance counselor Joe Korzelius pleading guilty to healthcare fraud involving Medicaid. Korzelius pleaded guilty June 7 to healthcare fraud at the federal courthouse in Asheville after being accused of billing $450,000 worth of false Medicaid billing and receiving more than $436,000 in reimbursements from Medicaid from October 2013 to October 2016.

Polk County residents may have noticed police motorcycles and officers with the United States Secret Service last week in the Columbus area. The Columbus Police Department teamed up with the U.S. Secret Service Uniform Division Motorcade Support Motorcycle Unit from Monday, May 22 to Thursday, May 25. 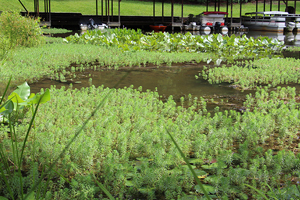 A weed is spreading throughout the waters of Lake Lanier like kudzu and residents say their concerns are growing. The main plant is a form of Parrotfeather, which is a non-native species, native of the Amazon River in South America, but it has naturalized worldwide, particularly in warmer climates.