Columbus swears in mayor and council 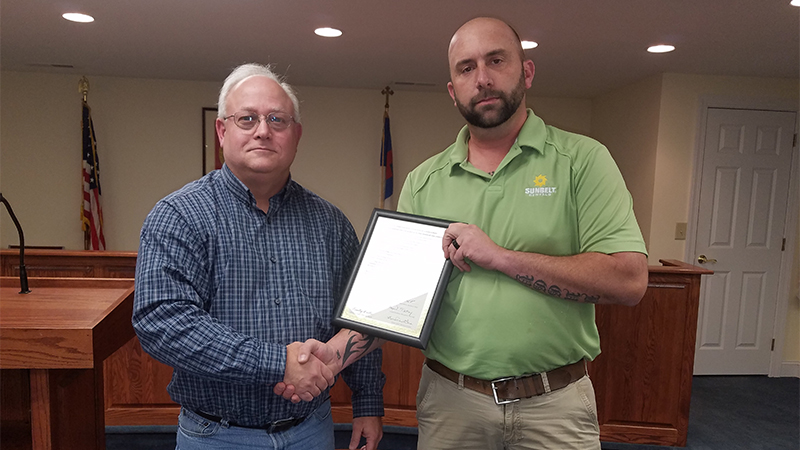 COLUMBUS – The Town of Columbus swore in both incumbents and a new council member who won the 2017 election in November. 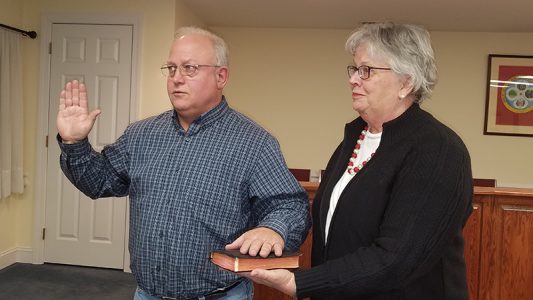 Council also presented outgoing councilman Josh Denton with a proclamation in appreciation for his service to the town. Denton served council for the past four years and chose not to seek re-election this year.

Denton said he had a good time on the council the last two years and he hopes he has served the town well.

Denton’s proclamation said the town is always appreciative of those who choose to serve for the betterment of the town and that Denton rendered valuable services and many hours of his time to the Town of Columbus. 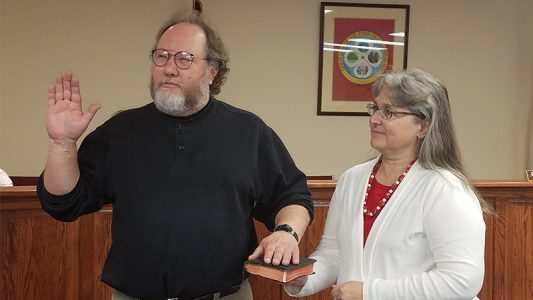 Incumbent Columbus Councilman Richard Hall was sworn into office during the town’s Dec. 14 meeting. Hall was the second highest vote getter this year. He is pictured with his wife, Angela Hall.

Columbus’ election was close this year with just a 20.9 percent voter turnout.

Columbus has 782 registered voters, with 164 placing votes during the November 2017 election.

Council voted last week to approve the final election results prior to the swearing in ceremony.