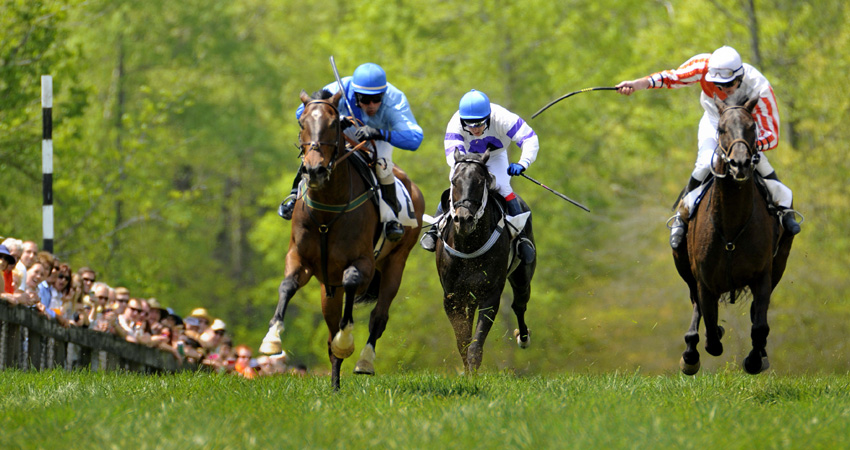 Mark Lehner will no longer be shooting horse shows and events

His photography has been on the covers of Practical Horseman and US Eventing Magazine. He’s photographed the US, Canadian and British Olympic Equestrian teams. Mark Lehner has been a familiar face at local horse shows and events including shooting pictures at FENCE and the Tryon International Equestrian Center.

Now, after 15 years photographing some of the area’s biggest shows and events, local photographer Lehner is stepping back.

“I don’t know that I’d call it retiring,” Lehner said. “I’ve just gotten to the point where my career is so busy, I just can’t take the time to go to all the shows.”

According to Lehner, while photography is his passion, he also has a very busy plastics recycling business.  He runs his business during the week and goes to horse shows and three day events on the weekends.

Lehner had no idea how big the photography would become when he started taking pictures at his daughters’ horse shows back in 2002. He saw photographers at the shows shooting with film and showing the pictures in trailers on the show grounds. Lehner soon realized that with his new, digital camera, he could bring a whole other aspect to photographing horse shows. 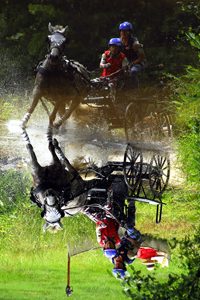 This photo, shot by Mark Lehner, of Sue and Angie McDaniel at a FENCE marathon competition appeared on the 2008 cover of a Driving Digest Magazine. (photo submitted by Mark Lehner)

“I was one of the main ones that started going digital,” he said. “You could take a lot of pictures, display them on the computer and let people decided what to get.”

Lehner grew up riding with his sisters, Noreen Lehner (now Cothran) and Nancy Lehner (now Buchner). Along with his sisters, he inherited Farm House Tack in Landrum from their mother, Pat Lehner. As a young man, he discovered golf and, though he no longer rides, Lehner said he very much enjoys going to the horse shows and watching the horses and riders.

Over the years, Lehner’s photos came into such high demand, he developed a team of photographers that would shoot a show or event. According to his web site, Lehner and his team typically take 7,500 photos at an event, which translates into 75,000 photos a year. He sometimes has as many as ten photographers at an event working under the name Hoofclix.

Lehner has witnessed many changes in his photography career. In addition to the film to digital transition, he has watched the eventing world work to make the sport safer for both horses and riders. He remembers witnessing a serious accident at a show at Pine Top Farm in Thomson, Ga.

According to Lehner, while all three of the high level riders were hurt, one was wearing one of the safety vests that are popular today. “She said the vest saved her neck in the fall,” he said. “The next day all the tack shops on the grounds were sold out of those vests.”

Another, fonder memory for Lehner is all the riders he witnessed growing up at the shows. “In the 15 years I’ve seen little girls and boys just start riding and now they’re out of college,” he said. “You see people grow up over the course of years. That has been an absolute pleasure.”

While he won’t be out there clicking the shutter, Lehner said he plans to stay in touch with local riders by volunteering for jobs such as starter, jump judge or gate keeper at local events and shows. The Hoofclix team will be taking over the photography work. Lehner said with such photographers as Liz Crowley from the Campobello/Inman area, the business is in talented hands. “I’m sure I’ll be helping out at events now and then,” he said.

Lehner added that, while he won’t be posting new events and shows on his web site, hoofclix.com, people can still go there to purchase current photos.

“It [leaving the business] hasn’t really sunk in yet. I did my last show at Pine Top on Thanksgiving weekend,” he said. “The next one would be in February. It won’t really hit home until those shows come and go and I’m not there.”