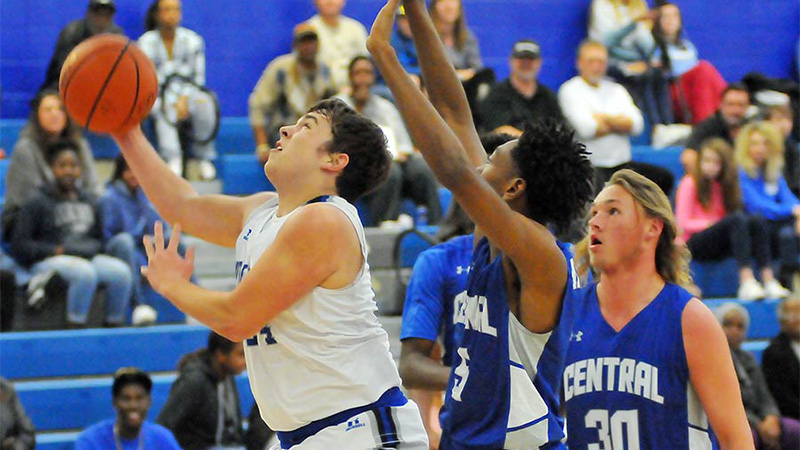 Polk County’s Peyton Dill maneuvers for room to shoot under the basket during early action in Wednesday’s game.

R-S Central spoiled Polk County’s home opener on Wednesday, rolling to a 76-39 victory over the Wolverines in a non-conference boys basketball clash.

The Hilltoppers (3-0) relied on their pressure defense and athleticism to build a 51-18 halftime lead, forcing the Wolverines into a series of turnovers that led to layups and dunks on fast-break opportunities.

The margin grew to 68-26 entering the fourth quarter before the Wolverines rallied down the stretch.

Polk County (0-2), still adjusting to on-court competition after being unable to play a preseason scrimmage, was led by Clark Phipps’ 15 points.

Also scoring for the Wolverines were Jaylon Bontrager with seven points, Markell Lipscomb with six, Seth Hardin with four, Jason Fox with three and Wilson Edwards with two.