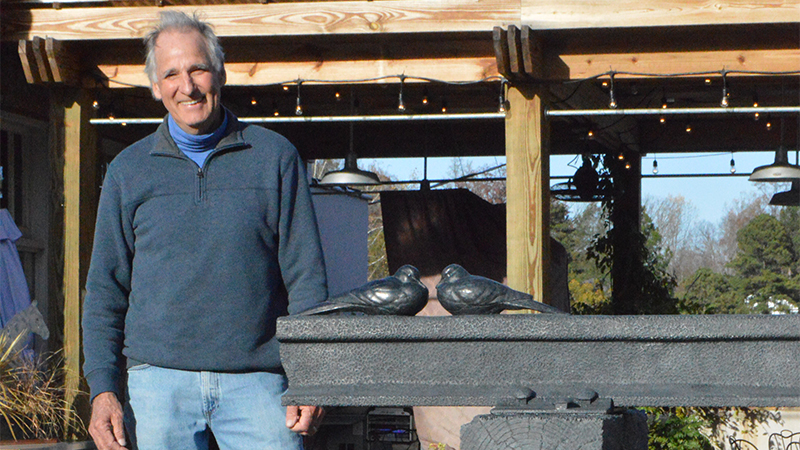 On Wednesday, Nov. 22 Tryon leaders, members of the Bob and Jackie Lane family, along with approximately 50 Tryon citizens gathered downtown to dedicate a new sculpture to Jackie and Bob Lane. After a few words from Mayor Alan Peoples, sculptor Dale Weiler unveiled the statue that now graces the fountain on the corner of North Trade and Maple St. Made of Virginia steatite, the sculpture depicts two doves perched on a railroad tie. Weiler said the two doves represent the love Jackie and Bob Lane had for the town and for each other. (photos by Catherine Hunter) 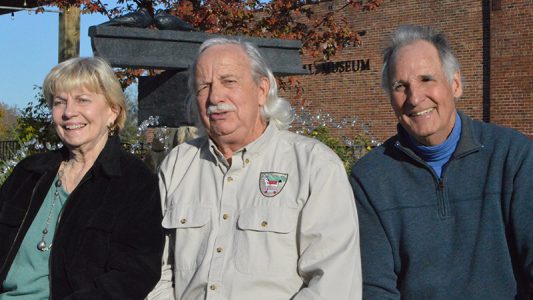 Jackie Lane, Tryon Mayor Alan Peoples and sculptor Dale Weiler gather in front of the new statue dedicated to Lane and her late husband Bob Lane. Approximately 50 citizens, town leaders and members of the Lane family gathered on Wednesday, November 22 to dedicate the statue to the love the Lane’s had for Tryon.