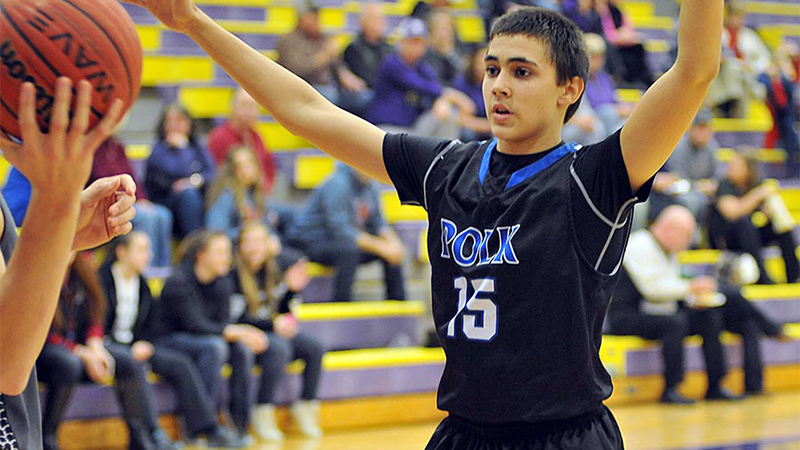 Antoni Staley wastes no time in choosing what he learned most from his first season as Polk County’s head boys basketball coach.

“Patience,” Staley said. “We had a young team with a new coach. But I didn’t think it was going to take so long to get things going.

“Doing what we did last year and what we had is just part of the process of putting in what we want to do.”

What Staley hopes to see in his second season is an improvement over last season’s 4-20 record. He’s optimistic the pieces are there to make that happen.

Those good feelings being with the Wolverines’ backcourt, where senior Jaylon Bontrager and juniors Amir Gary and Clark Phipps return. Phipps finished third on the team in scoring last season and flashed his potential as a scorer at North Henderson’s Christmas tournament, where he averaged almost 19 points over three days.

Elijah Sutton and Wyatt Derkach return to the roster and will see time in the backcourt, as could Javonte Miller, transfer Jason Fox, Sedric Pickett and Wilson Edwards.

“So many guards,” Staley said. “So many talents.

“Amir and Clark are good ball players. (Bontrager) is one of the best guards in the state. He just needs to believe that. They share the ball well.”

A pair of returnees – Seth Hardin and Markell Lipscomb – will be joined by newcomer Peyton Dill in the post, with Alfredo Avellaneda also expected to see action.

“We’ve got speed and a lot of athletes,” Staley said. “They’ve been a hard-working group during practice. The attitude is positive from everyone, and that’s the greatest thing. You couldn’t ask for more.”

Brad Muse, who served as an assistant coach for Polk County Middle School’s girls team last season, will join Staley’s staff and will also coach the Polk County junior varsity, another new face that has Staley ready for the 2017-18 season to begin.

“We’ve got good speed and good size. We’ll see what works out,” Staley said. “I’m excited to get the season started.”