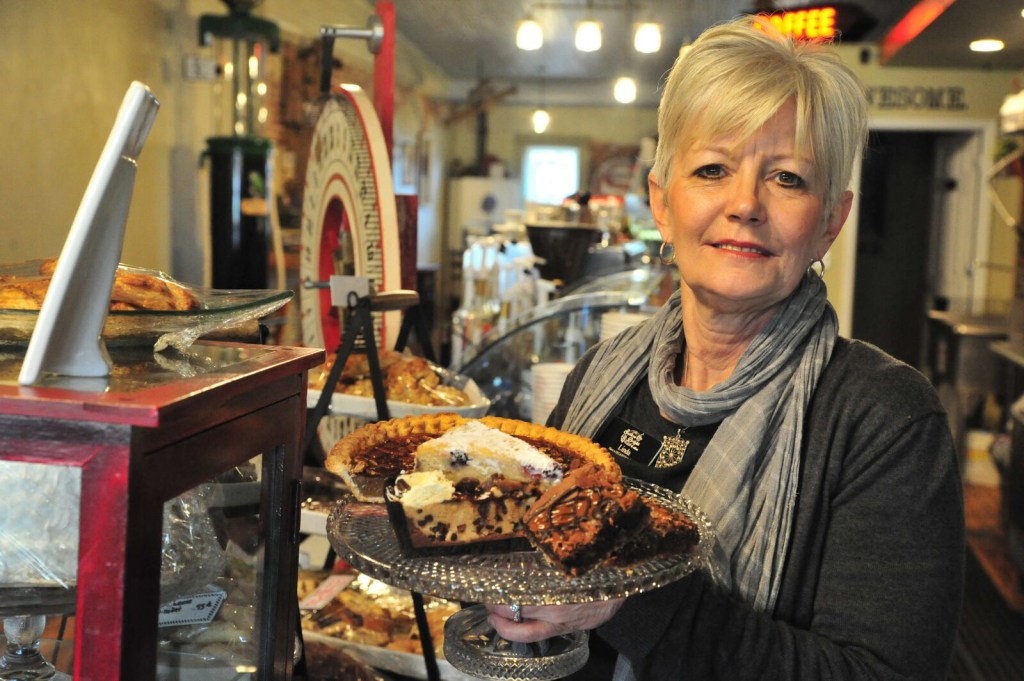 “I had no idea,” said Fitzgerald-Howard who thought she was coming to the meeting to help with the flowers.

A committee of four former citizens of the year selected Fitzgerald-Howard from among eight nominees. She will be the grand marshal for the Landrum Christmas Parade on December 7. “Do I get to do the parade wave and throw candy?” she asked, still obviously numb with surprise.

According to Henderson, Fitzgerald-Howard has helped organize and done much of the legwork for several of Landrum’s very successful events such as the scarecrow contest, the Easter egg hunt, the Dark Corner Car Show and many Christmas activities. Henderson said Fitzgerald-Howard is also active in government including membership in the Landrum Area Business Association and currently serves as vice president of the Carolinas Foothills Chamber of Commerce.

Former citizen of the year, Martha Walker, said they had a four-person committee consisting of herself, WWII veteran Jack Stone, Paul Ayers and Bob Walker. “We looked for someone who puts the interest of Landrum and the interest of the community first,” Walker said. “It was hard to select one person. All the nominees were really good.”

Originally from Maryland, Fitzgerald-Howard has lived in South Carolina for 25 years and in Landrum for seven years. She owns Carolina Antiques and Southern Delights, both located on E. Rutherford St. downtown.