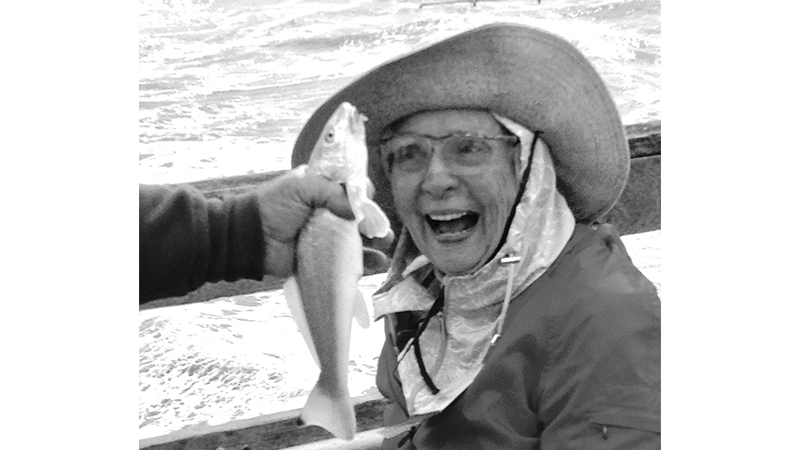 A visually impaired participant shows her excitement after catching a fish

The project began 34 years ago and has grown from a local tournament serving 12 blind individuals to more than 350 visually impaired persons, 130 sighted guests, and 300 volunteers.

The project brings VIPs from across North Carolina, several other states, and Canada for three days of recreation, fellowship, and independent living workshops.

VIPs arrive on the Outer Banks on a Monday, are housed in local hotels, and participate in their own fishing tournament held on two boats and four ocean fishing piers. They enjoy meals served by the Lions and have two nights of dancing to music by professional bands. They also have time for sight seeing and can participate in seminars and independent living training, and visit with vendors. They leave for home on Thursday morning.

The cost of the tournament—which is often paid by the VIP’s local Lions Club – is only $85 for a VIP and $100 for a sighted companion. Lions Clubs throughout North Carolina pay for the remaining expenses.

For many VIPs, this is the highlight of their year. They make friends with other VIPs and with the volunteer Lions, and they look forward to seeing them again each year. Lions Jim and Helen report that the work of putting on this event is more than repaid by seeing the joy these three days bring to their guests. They are already planning to return next year.