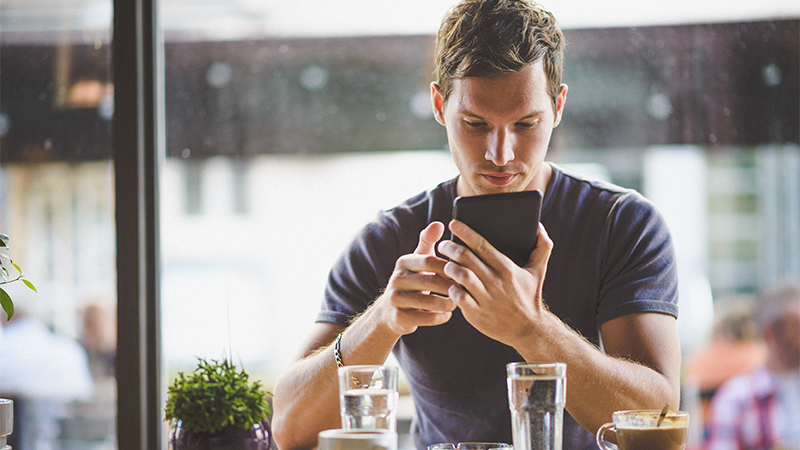 When in doubt, just write about it

I was sitting by my lonesome at a popular Columbus restaurant, eating baked oatmeal, homemade yogurt, and a gravy-smothered biscuit when a very nice couple walked up and asked, “Do you write for local magazines?”

I assume the yellow notepad and iPad that I was scribbling and typing on in between bites gave the impression that I might be – do I dare write it? – a “writer.” Or was it the three-day beard, mismatched clothes, and dazed/crazed look on my face that projected an impression that I make my living peddling words? It’s the ever-present click pen in my shirt pocket, says my wife.

“Yes, ma’am, I guess, I do. I’m Steve Wong,” I replied, changing mental gears from describing what homemade yogurt tastes like to readers, to making conversation with real live people. Our introductory chitchat was brief and pleasant. The lady said she enjoyed reading my columns and articles, and I said “thank you” several times. Afterward, I thought, “Wow, that was nice.”

The next day, I was sitting at another table at a very decorated inn in Tryon, eating a wonderful meal of baked chicken, pesto pasta, salad, buttered potatoes, and chardonnay, when not one but two people suggested I write about the historic inn and its chickens out back. As usual, I didn’t recall the names of the people I was talking to (if I don’t write it down, I don’t remember it), and I had to use the ol’ Indian Head Bobble trick that my world-traveling daughter brought home from her study abroad. When in doubt, which I often am, just bobble your head up and down and side to side and smile. It doesn’t mean yes, no, or anything other than “I’m pleasantly confused.”

But I do think they had a good idea for a story, and as always I greatly appreciate their suggestions. (Editor: hint, hint.)

As someone who is supposed to avoid clichés like the plague, I know that writers come in all shapes and sizes, and of every temperament. Yet, it was the actor Jack Nicholson in the 1997 movie  “As Good As It Gets” who set the standard for the classic disheveled, persnickety, and ill-tempered loner, who writes great works of literature or at least tacky bestsellers. I’ve got several of those personality characteristics down pat, the exception being I’ve not written any great works of literature, certainly not a bestseller, tacky or otherwise.

Over the years, I’ve met, interviewed, and written about several fellow writers. No two were alike, and they had vastly different writing styles and personalities. Actually, I doubt anyone would have seen any telltale signs of these people being writers. They were just rather average people in our midst, who happen to have a keen sense of observation and the talent to word-process what they saw, experienced, and internalized into preserved thoughts that other people found interesting enough to read.

For some, the writing process comes easy, like the local writer who claims she produces her weekly syndicated column in about 20 minutes. Like her, her columns are usually easy, breezy. I am so jealous. But then, I’m hardly easy, breezy. This very column you are now reading has now taken two days to write, and I’m still not done. I’m still waiting for that elusive muse to send inspiration and a way to end this column with an insightful twist…

I must admit, having people recognize me in public because of my writing is rather flattering. Like people with bylines aren’t inherently fishing for recognition? Just put your email address under that byline for good measure. Some reader just might send you positive feedback on what you wrote. Unfortunately, that email-address-under-the-byline trick is two sided – all the easier to criticize or point out errors to the writer. Been there, done that, too.

Writing is about the only thing I’ve done consistently throughout my life. It started in high school when the local newspaper asked me to write about the school news. For some reason, it didn’t go over too well when I reported the biology teacher was pregnant. Now, here I am so many years later, still searching for the right words that will hold your interest. If you’ve made it this far into this column, I guess I did what my journalism professor once said: “One way or the other, drag your reader through your story.” There’s nothing worse than seeing someone start reading your article and not finish it. There’s nothing better than for someone to say they enjoyed it.

Thanks for introducing yourself and all the great ideas. Please, keep ‘em coming. Sorry for the Indian Head Bobble. •

Steve Wong is a writer living in the peach orchards in Gramling, S.C. He can be reached online at Just4Wong@Gmail.com.