“Appassionata: The Romance of Italian Opera” 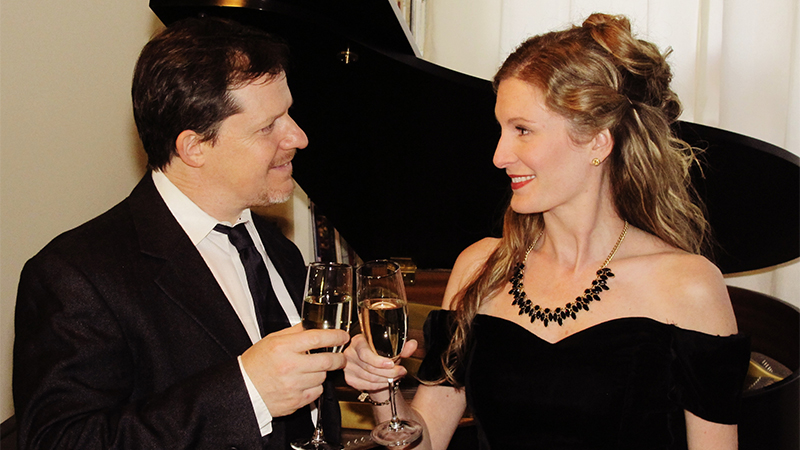 Orchard Inn to host benefit for the Saluda Historic Depot

Join AmiciMusic for another thrilling evening of great songs, food, and drink at the historic Orchard Inn in Saluda to benefit the Saluda Historic Depot. This show, called: “Appassionata: The Romance of Italian Opera,” will take place on Sunday, Nov. 19, starting with delicious Italian hors d’oeuvres and full cash bar at 4 p.m. with music beginning around 5 p.m. The Orchard Inn is located at 100 Orchard Lane in Saluda and there is a fee for the fundraiser.

For more information and to buy tickets online, visit amicimusic.org/concert/appassionata. Tickets will also be available at orchardinn.com or at the Orchard Inn itself, at the Saluda Historic Depot at 32 W. Main Street, and Thompson’s Store at 24 Main Street in Saluda. Seating will be limited.

All the singers have performed around the country. Horton and Ross have an incredible chemistry that has been on display in two previous fundraisers at the Orchard Inn (‘Live at the USO’ and ‘A Night in Vienna’) while tenor Kaneklides was praised by Opera News as “the very picture of youthful optimism and potential.” Dr. Weiser, founder and artistic director of AmiciMusic, has played in over 20 countries.  He will give short talks about each composer, helping to break down the barriers between performers and audience and establishing a more informal and relaxed atmosphere.

“Daniel Weiser and Marc and Marianne Blazar of the Orchard Inn have been staunch supporters of the fundraising efforts to purchase and operate the Saluda Historic Depot & Museum since its beginning in 2015,” says chair of the Saluda Historic Depot, Judy Ward. “Their generosity stretches way beyond just fundraising by offering a cultural event that rivals anything else in western North Carolina to the citizens of Saluda and Polk County. We hope many citizens will be able to take advantage of this unique experience in Saluda,” says Judy.

For more information, contact Judy Ward at 828-674-5958 or judyward@charter.net or Marc and Marianne Blazar at the Orchard Inn at innkeeper@orchardinn.com.