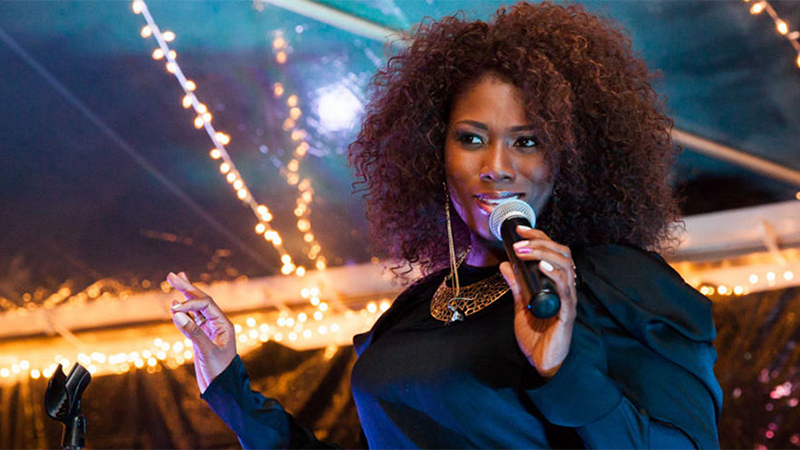 “Gullah” comes from West African language and means “a people blessed by God.” “Ranky Tanky” translates loosely as “Work It,” or “Get Funky!” Fittingly, Ranky Tanky performs the timeless music of the Gullah culture born in their backyard – the southeastern Sea Island region of the United States.

South Carolina natives Quentin Baxter, Kevin Hamilton, Charlton Singleton and Clay Ross first came together in 1998, fresh out of university, to form a seminal Charleston jazz quartet. Now, united by years apart and a deeper understanding of home, these accomplished artists have come together again, joined by one of the low-country’s most celebrated vocalists, Quiana Parler, to revive a “Heartland of American Music” born in their own backyards.

A native of Charleston, Quiana Parler began her professional career singing for Calvin Gilmore of the The Carolina Opry. After years of being one of the most sought after vocalists in South Carolina Low Country, in 2003 she parlayed a placement in the Top 48 of season two of the Fox hit American Idol into an enviable career as a featured vocalist on national tours with some of the country’s most well-known artists.

She has shared those stages with a diverse array of artists, including Kelly Clarkson, Maroon 5, Keith Sweat, Clay Aiken, Miranda Lambert, and others. Additionally, Quiana can be heard on albums by Clay Aiken, Bianca Ryan and Renee Olstead, and she has recorded with some of the industry’s most respected producers, like Walter Afanasieff and David Foster.