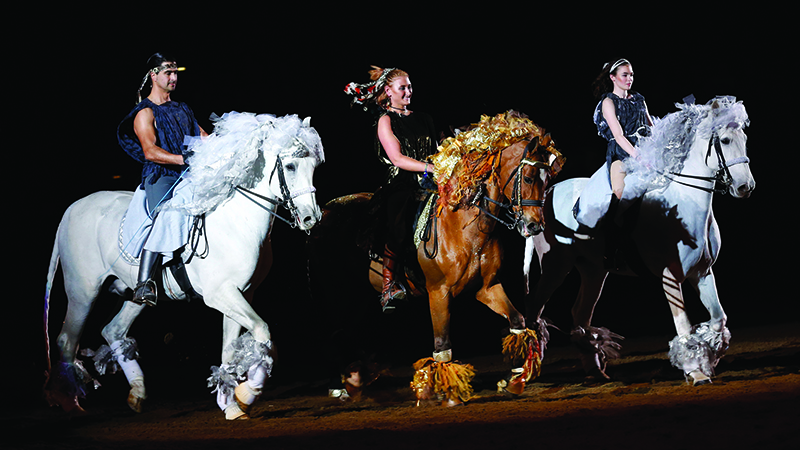 For three days in October, the 2017 Tryon International Film Festival (TRYON 2017) will shine a huge equestrian spotlight on the center of Tryon.  At the same time, horse lovers, filmmakers and crew members from around the world will converge on this small Western North Carolina town to soak in more than two and a half days of curated equestrian films.

The center of the horsey interest will be at the Tryon Theatre where more than 25 beautifully produced equestrian films will be shown for two and a half days, Oct. 27-29. It’s all part of TRYON 2017’s theme “It’s all about the horse” and their seasonal partnership with the NYC-based EQUUS Film Festival.

With more than 25 equestrian films in the program, ranging from full-length dramatic features, to documentaries and film shorts, the beauty, respect and dignity of the horse will be an exhibition not to miss.

The festival will begin late Friday afternoon at the Tryon Depot with the arrival Gold Medalist, Yvonne Barteau, her cast and crew (KYB Dressage) with four of her exquisitely decorated theatrical horses.

Barteau is the director and prime focal point of her film, “Into the Spotlight: The Journey of an Equine Theater Horse.” Her entire cast and crew will be on stage, to kick off their centerpiece gala film.

A stunning procession of the horses and riders, each decked out in full regalia, will slowly make their way up Depot Street, to Chestnut and on to Melrose Ave for all to witness. At exactly 6 p.m. the horses will present themselves under the shady trees of the Tryon Fine Arts Center.

The presentation will provide access for a meet and greet photo opportunity, opening remarks and dove release, which will mark the beginning of the film festival and gala event. The gala will be an expected who’s who for local residents, visiting filmmakers and musicians.

Edge Brewing Barcelona, the prime festival sponsor, is providing the funds to bring KYB Dressage to Tryon for the film festival. While in Tryon, Barteau and crew will board their horses at the Tryon International Equestrian Center (TIEC), and provide a number of performances and clinics both at TIEC and Renovatio Farm.

Proceeds from Barteau’s clinics will go directly to HERD (Helping Equines Regain Dignity) a local non-profit dedicated to raising the awareness about the plight of unwanted horses.