Wolverines thump Madison, move into tie for second in WHC 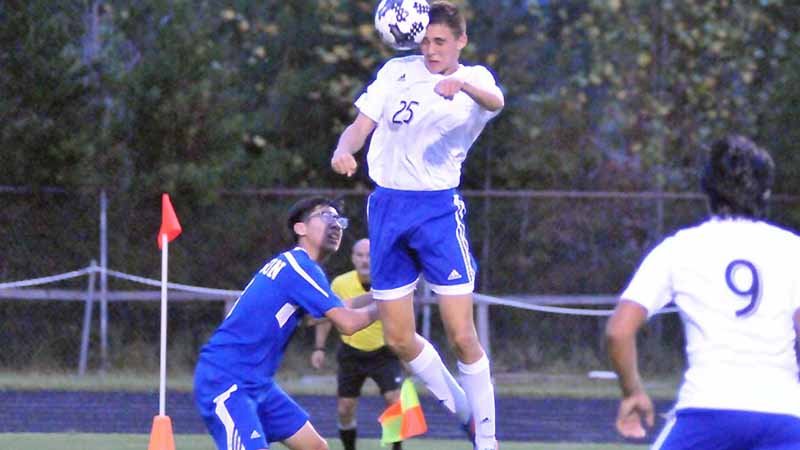 Polk County's Clark Phipps soars to head in a goal during second-half action in Monday's match.

Polk County stepped up its offensive effort and took a step up the Western Highlands Conference standings as well.

The Wolverines moved into a tie for second place in the WHC on Monday with a 5-0 rout of Madison in a boys soccer match in G.M. Tennant Stadium.

Salvador Chavez and Matias Akers scored in the opening half Monday to give the Wolverines a 2-0 lead at the break, a period in which Polk largely controlled the flow of play.

The same held true in the second half as the Wolverines steadily pulled away. Clark Phipps scored five minutes into the half, heading in a corner kick. An own goal upped the Polk lead to 4-0 before Nicolas Lopez scored in the waning minutes, taking a pass from Alex Pearson and firing from point-blank range for the final score.

“We look good possessing the ball. We definitely outwork teams passing,” said Polk County head coach Josh Trejo. “But we’ve struggled in the attacking third. Tonight it was good to see us get some goals when we got in there.

“Overall, we still have a lot to do before we see Owen on Wednesday. They’re definitely quicker, so we might not have as much time on the ball. I think we’ll do our best against Owen.”