Stepping out Irish style in Landrum 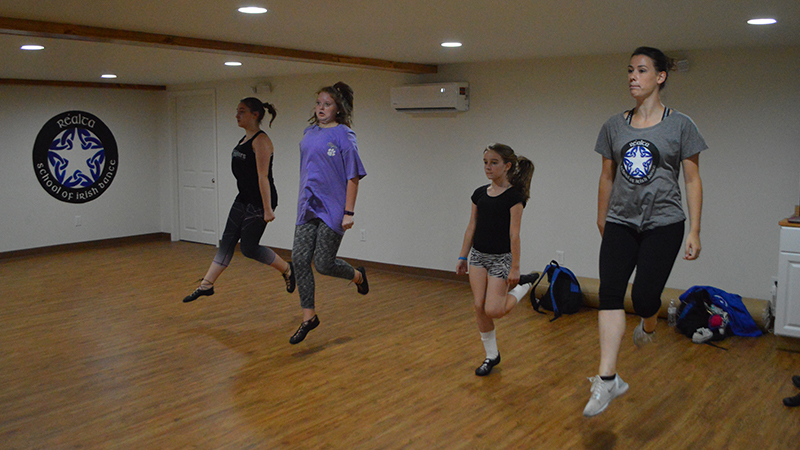 “I wanted to do something special and unique for Landrum,” said owner Christi Stanton who moved to Landrum from Inman two years ago.

Stanton runs Starmakers Dance Studio in Inman where she teaches all types of dance from jazz and hip hop to tap and ballet, even ballroom dancing. With the opening of Réalta, Stanton will be adding Irish dance classes and yoga.

“Réalta” means star in Irish Gaelic and Stanton’s students are definitely stars. Most are national champions and have traveled all over the country performing in the Macy’s parade in New York City and on Disney cruise ships. The school is currently planning a trip to Ireland to teach clogging and take Irish dance classes.

Starmakers and Réalta are a lifelong dream for Stanton who, at age 19, started teaching clogging in her parent’s garage. “I worked three jobs to make this come true,” she said.

Stanton said the Irish dance is good exercise especially for the legs. In addition to the dance classes in Landrum, Stanton will offer ballet and yoga.

According to Stanton, dancing is not only good exercise for the students, but it gives them a healthy atmosphere to be in after school. In 2008 she opened StarKidz after school and summer camp program next door to her Inman studio. The program gave the Starmakers students a chance to participate in a healthy after school program while they were at the dance studio for lessons.

“We’re like a family,” said Stanton as several high school age dance students came up and gave her a hug. “We travel together and support each other.”

Stanton also said several of her students had won scholarships at colleges. “We have five students with scholarships to Mars Hill College this year,” she said.

Stanton credits the students’ successes to the high quality of her instructors. The Réalta school is associated with the Drake School of Irish Dance in Atlanta. Her instructors are either Scrúdú Teastas Mhúinteora (TCRG) certified (a certification from Ireland) or are working toward getting their certification.

The school is located at 212 B East Rutherford St. in Landrum and is currently offering classes Thursdays from 4 to 8 p.m. Stanton plans to open on Monday afternoons in January. Starmakers in Inman is open Monday through Friday from noon until 8 p.m.

For more information contact Stanton at 864-814-0454 or visit www.starmakers-dance.com.