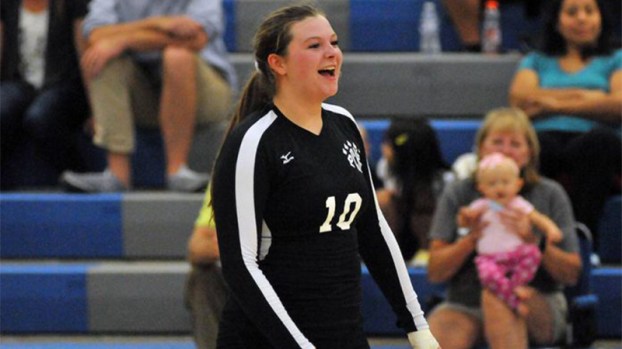 Polk County’s Reagan Waddell recorded the 1,000th dig of her career during Tuesday’s win over Avery.

Well on its way to victory Tuesday night, Polk County’s volleyball turned its focus to two of its three senior standouts.

Late in Polk County’s 25-14, 25-14, 25-14 win over Avery, Waddell earned her coveted mark, finishing with 18 digs to help lead the Wolverines to the straight-set victory in Western Highlands Conference play.

Hall ended the night with 13 digs, reaching 1,998 for her career, and will no doubt surpass the 2,000 mark during Wednesday’s non-conference match at Brevard.

Waddell also had 12 kills in the match to move her career total to 911.

Waddell and Hall’s chase proved the highlight of a match that Polk County (9-3, 2-0) dominated throughout. Avery (3-7, 0-2) especially struggled with the Wolverines’ serve as four Wolverines had multiple aces.

Lauren Ketwitz had five aces to go along with her 15 assists and seven digs. Sydney Metcalf finished with three aces, with Waddell and Hall each adding two.

Cardinals gunning for win number two at home this evening

Landrum head football coach Jason Farmer agreed that the first win of the season might be the most difficult to... read more