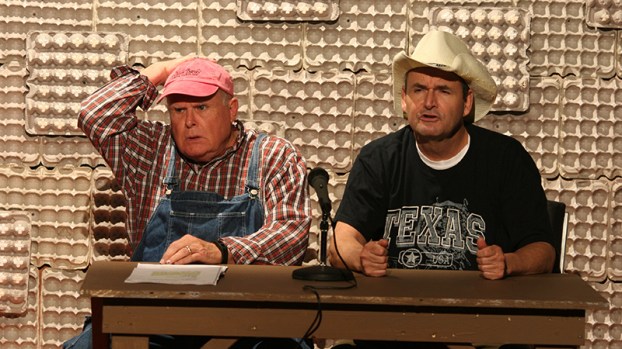 Tryon Little Theater’s outrageously funny two-man comedy “Greater Tuna” is running for a second weekend. Written by Jaston Williams, Joe Sears and Ed Howard, and directed by Carol Cox, the play has only two actors – with ten roles apiece! Actors Chris Bartol and Mark Monaghan create the entire population of Tuna, Texas, which is the third smallest town in the state where “…the Lion’s Club is too liberal and Patsy Cline never dies.” “Greater Tuna” plays this weekend at the Tryon Little Theater Workshop, 512 S. Trade St. in Tryon. The show starts at 8 p.m. with the Sunday matinee at 3 p.m. Tickets can be purchased at tltinfo.org or at the Workshop box office between 10 a.m. and 1 p.m., or call 828-859-2466. (Submitted by Monica Jones)

Lake Adger dredging to start in 2018