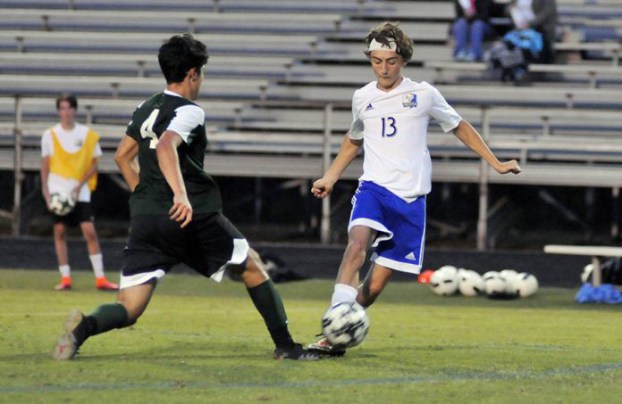 After knocking off Chase for its first win of the season, Polk County earned its second victory on Monday with a 6-3 triumph at R-S Central.

Tied 2-2 at the half, the Wolverines (2-4) tallied twice to open the second half. Ethan Edwards set up the first of those scores, moving out wide and playing a ball across to Isaac Edwards, who scored to give Polk a 3-2 lead.

The Wolverines upped that lead to 4-2 as Luis Hernandez rebounded an Ethan Edwards shot and buried it in the goal.

R-S Central scored to make it a 4-3 lead, but Alex Pearson led a surge that resulted in another Isaac Edwards goal to make it 5-3.

Goalkeeper Wilson Edwards moved into the lineup in the final minutes and added the final goal, taking control of a loose ball in the penalty area and firing a successful shot.

“We weren’t playing our game,” said Polk County head coach Josh Trejo of the first half. “We were very crowded, not slowing down the game and connecting passes.

“After we got the two goals and were ahead, I saw our team starting to gain confidence and begin playing the way we should have started. We went out in the second half and really applied the pressure.”

Polk County is back in action on Wednesday, hosting Smoky Mountain in a non-conference match. Junior varsity play begins at 5 p.m., with varsity action to follow around 7 p.m.