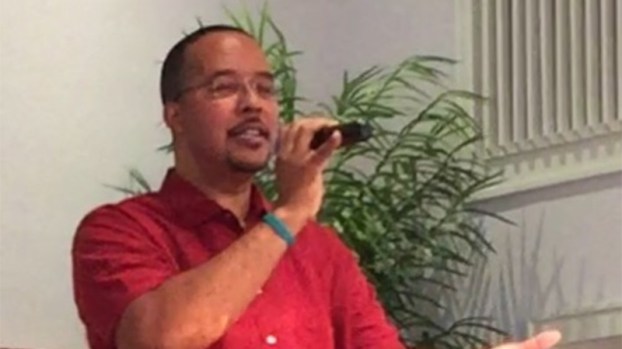 On Sunday, September 24 the community will have the privilege of hearing William Cooley, noted gospel singer, in concert at Landrum United Methodist Church.

“I have been singing and loving music all my life,” says Cooley.

Growing up in Israel Metropolitan C.M.E. church in Greenville, S.C., his youth was spent watching his mother and father sing in the choir. When he was of age, he joined the youth choir and just kept singing! As an adult, he recalls singing next to his dad. “What an experience,” he recalls, “standing and singing next to my dad, my idol; the man I wanted to sing like.”

Presently, Cooley and his family are members of Parisview Baptist church in the historic Union Bleachery Mill Village in Greenville, where of course he sings in the choir. Fellow choir member Margaret Rainey, head of Missions for WGGS channel 16, a Christian broadcasting station in Taylors, SC, suggested he appear on the program Niteline.

In addition to appearances on Niteline, he sings regularly at four assisted living facilities and performs for other senior and church programs.

“He has a great testimony and a soul touching voice,” stated Cheryl Barto, head of Seniors Ministry at Landrum United Methodist Church. “Everyone who hears him will be touched.”

The concert will be held Sunday, September 24 in the Landrum United Methodist Church sanctuary at 3 pm. The concert is free and the public is welcome to attend. Guests are asked to bring a can good for the food panty ministry. The church is located at 225 North Howard St. (Hwy 176) in Landrum.

Due to Hurricane Irma, the 2017 Po’Kitties Photo Contest deadline has been extended to September 23. Each entry photo must... read more