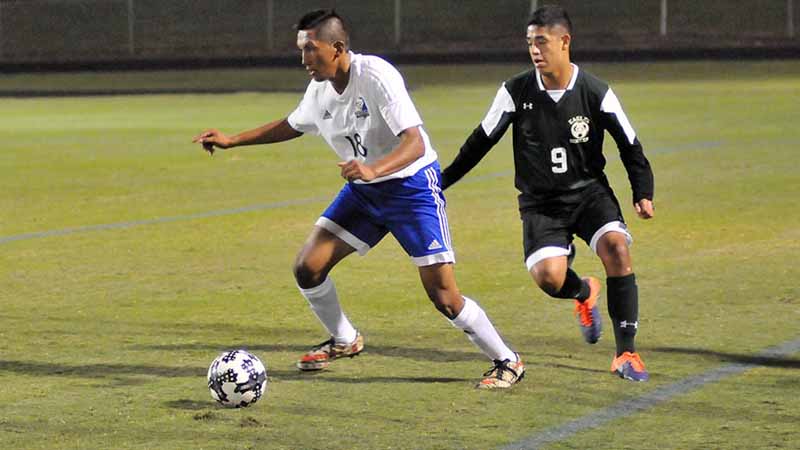 Perhaps shaking off the rest from a two-week layoff, Polk County battled Smoky Mountain on nearly even terms until late in the match when the Mustangs pulled away Wednesday for a 2-1 victory in a non-conference boys soccer match in Sylva.

The road trip marked the first match for the Wolverines (0-4) since their Aug. 30 trip to Hendersonville.

Smoky Mountain (5-4) built a 2-0 halftime lead, but the Wolverines sliced that in half on a Salvador Chavez goal, the tally coming on an assist from Ethan Edwards.

The Mustangs, though, added two late scores for the final margin.

“We gave up some easy goals but we still possessed the ball well,” said Polk County head coach Josh Trejo. “Second half, we came out with a new attitude. We were putting the pressure on them pretty well until they scored the third goal.

“Overall, we gave goals due to technical mistakes. I believe that we did do better attacking the ball and going to the goal. We as a team acknowledged our mistakes in the game and hopefully we can learn from this game and go into our next one with more confidence.”

Both teams return home Thursday to face Chase in non-conference matches. Varsity action is slated to begin at 6 p.m. in G.M. Tennant Stadium.