The Episcopal Church of the Holy Cross is pleased to feature quilts by artists Jean Moore and Barbara Smith in its art gallery until Nov. 15. The Holy Cross gallery, located at 150 Melrose Avenue in Tryon, is open Monday through Friday from 9 a.m. to 4 p.m. and during services. 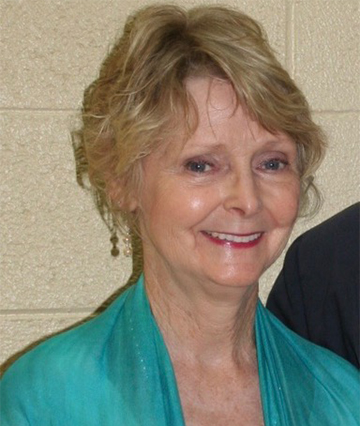 Being a seamstress of sorts has always been a part of my life. I grew up in Greer, S.C., finished nursing school at the old Greenville General Hospital in 1969, and married Gene in 1968 at St. Andrew’s Episcopal Church in Greenville.

My mother, who taught me the basics of machine sewing, made the majority of my clothes and even my wedding gown. The sewing machine seemed to be always humming at our house. My grandmother and aunt lived only a few miles away in Landrum, and most every summer, that special two weeks spent with them during the summer, allowed me to learn different kinds of handwork (knitting, crocheting). And they were both left-handed, so that made it even easier for me to learn. Making clothes for my dolls was of utmost importance in my younger years, and with their guidance those bits and pieces of fabrics and yarns developed into prize possessions.

As a wedding gift, my grandmother gave me money for my first sewing machine, and that changed everything. I produced my own wardrobe and later, most of our daughter’s clothes.   Relocations happened along with way and lots of scraps that had been collected moved with us. But sometimes there were just too many and I donated them to local non-profits or quilting clubs.

In the late 1970s, we were living in Broadway, Va. I was a stay-at-home mom with a daughter in kindergarten, and didn’t know anyone. A neighbor invited me to her house for coffee and I discovered quilting. She, and a group of other moms, came together weekly to quilt, share ideas and fabric, and talk. That is where I learned the basics of quilt making.

My first quilt was made from a purchased package of fabric cut into squares, a gift from my Mom. It was just a hodge-podge of patterns and colors, but, with the encouragement of my new friends, this became a quilt for our bed.

I stopped quilting for a number of years, but became interested again after our daughter started college and time became more available to me. Those boxes of scraps that had been saved produced my next quilt which was a sampler square quilt made of bits and pieces of fabric from clothes I had made over the years. This quilt represented Sunday dresses, formal gowns, shirts, pants, and even bits of costumes that I made for local high school plays.

It seemed that there was always a reason to start a quilt, like new babies, marriages, or remembering special things in a person’s life, such as memory quilts.

My joy of creating and making quilts was in the giving of them and still is. Scattered threads and pieces of fabric are usually found somewhere in my house because something is being created for someone. I have made and given away many quilts over the past 30 years, none alike, all with their own design and reason for making them.

I am very thankful to have had and continue to have the opportunity to share my work with others. Maybe those combined pieces of fabric will be a blessing to them as they were to me when they were a part of my journey in life. 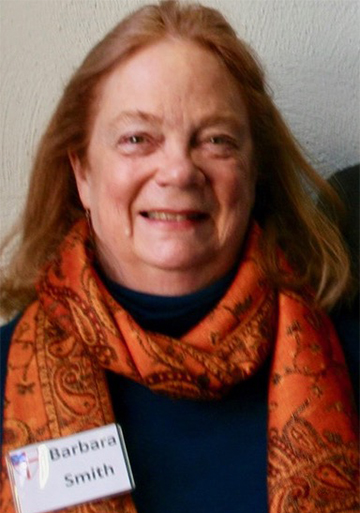 My grandmother grew up on a cattle ranch in Deaf Smith County, Texas. She and all her sisters went East for college, married, and scattered across the country. They may have passed for city folks, but they remembered their raising and handed rancher-thrifty ways down to their daughters. Every change of season I’d get a box of hand-me-down clothing from an older second cousin, and my mama would mail my outgrown wardrobe to a younger cousin.

When  garments got too frayed, too faded, too stained to be worn, they were routed to one of the Texas matriarchs, who’d piece the salvageable bits into a quilt. There was no rhyme or reason to it, no schedule, but somehow when you needed it most, the mailman brought you a quilt, with a note (on 100 percent rag stationery) from a distant great aunt. I took my quilt to camp and, when I got homesick, I’d explore it: There’s a piece from Linda’s dress that I wore for my piano recital and then passed on to Peggy, here’s a scrap of Max’s seersucker pajamas, that ribbon’s from Martha, that’s my brother’s Hawaiian shirt in the corner.

The last little cousin got a quilt made of big cousins’ college gym shirts. In his dorm in Tempe, Ariz., he wrapped himself in far-flung family—a patchwork of faded jersey from NC State, Bryn Mawr, Tennessee, Michigan, Tulane, Oregon State. And then the quilting tradition went dormant.

I grew up in Lauringburg, Murphy, Concord (where I met Alex Hagerty) and Wilson, N.C., and spent summers at camp in Brasstown, Cullowhee, and Tuxedo (minimizing the sports participation, hanging out in the crafts cabins). I went to college and grad school at NC State, then more grad school at Iowa State, and worked as a botanist, electron microscopist, and editor in greenhouses, labs, and offices. Living just east of the San Andreas fault, I packed the requisite earthquake box for the coat closet. When the earthquake happened, we grabbed that box on the way out the front door. It held important stuff: vital documents, cash, flashlights, radio, C and D batteries, first aid kit, the baby books, and that ragged quilt from my eleventh summer.

That’s when I realized that so much that I held precious could be replaced with insurance money, but that quilt was priceless. For the next decades of working-mother days, I collected odd bits of fabric.  Someday, I promised myself, I’ll make heritage quilts to warm and comfort my child’s extended tribe.

In retirement, Alex and I moved to Polk County and I finally have the time to make quilts. I discovered that there are quilt stores that sell fabric for this very purpose! But each quilt I’ve made has a few of those scraps, a little bit of family history, those sturdy threads that trace back to Hereford, Texas.