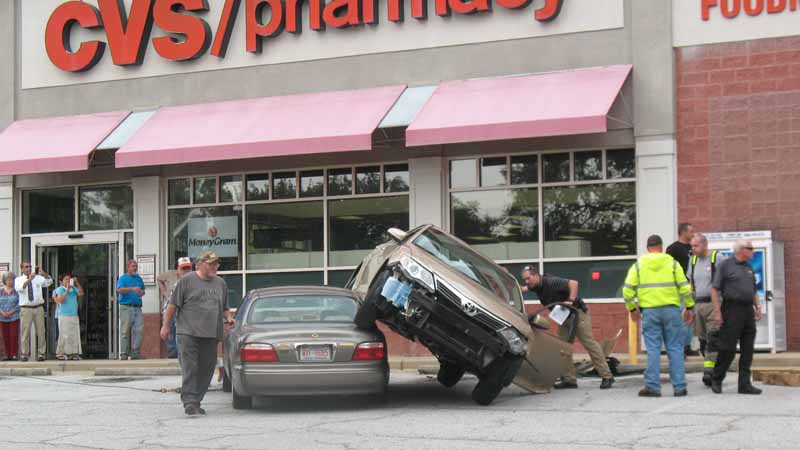 LANDRUM – Landrum Police Chief Tim Edgens said the cause of a freak accident at the CVS shortly after noon on Thursday, Sept. 14, is yet undetermined. He explained that a woman driving a midsized sedan was pulling into the parking space in front of the CVS and wound up on top of another car.

“For an undetermined reason she hit the accelerator,” Edgens said.

According to Edgens, when the car accelerated, the woman turned back toward the parking lot and two wheels of her car wound up on top of a parked sedan. The other two wheels wedged in between the parked sedan and a third car.

“Both cars were legally parked and unoccupied,” said Edgens.

“I think she said she [the driver] may go on her own to be checked out,” he said. “But no one was transported from the scene.”

Witnesses reported that both the Landrum Police Department and Landrum Fire and Rescue evacuated the CVS for a short time. 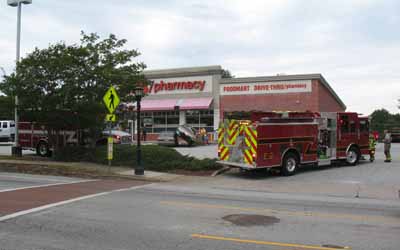 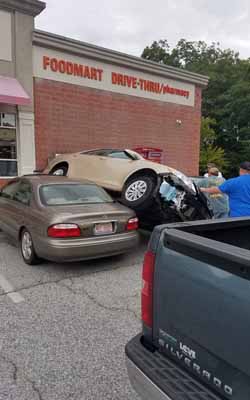 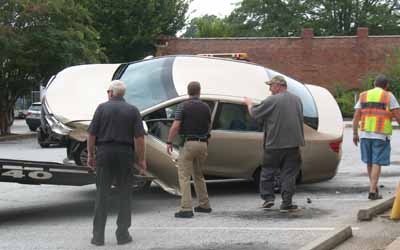