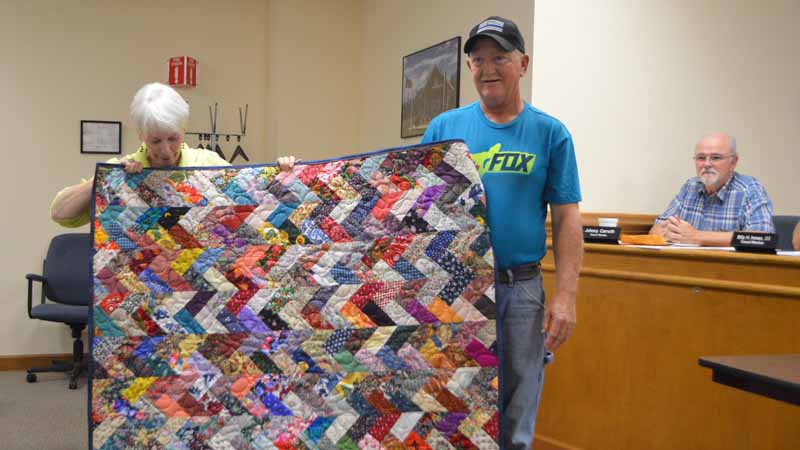 During the September 12 council meeting, the Landrum Quilters presented Marion (Peanut) Price with a quilt in appreciation of all the work he has done to hang the quilt squares in Landrum.

The council also passed a resolution to provide local matching funds in order to apply for a Municipal Association of South Carolina (MASC) Hometown Economic Grant up to $25,000. The council unanimously approved Landrum City Administrator Rich Caplan’s recommendation of using the funds for a museum.

In the monthly police report, Landrum Police Chief Tim Edgens said, “We dodged a bullet this weekend [Hurricane Irma], unlike our friends in the Low Country and Florida.”

Edgens went on to say that Landrum did have a disaster plan with a special procedures manual for unusual occurrences such as weather related and natural disasters. He said he is currently reviewing the manual along with the fire and rescue departments.

During the work session prior to the council meeting, the council discussed sidewalk repairs and signage for a public restroom.