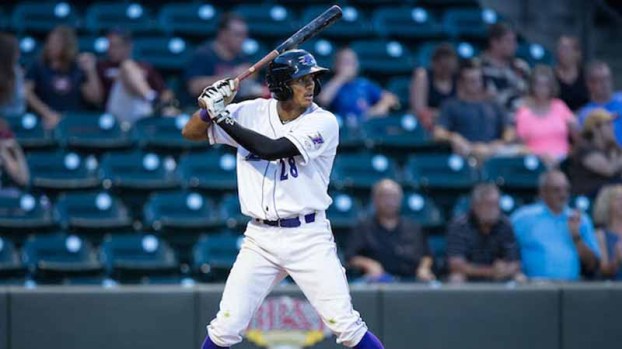 Former Polk County standouts Joel Booker and Danny Fraga are getting a taste of professional postseason baseball in their respective minor leagues.

The teams have split the first two games of the best-of-five series, with Game 3 set for Friday in Florence.

Fraga finished his third season with Florence hitting .288 with two home runs, 34 RBI and 24 stolen bases. His 70 runs scored were fourth highest in the Frontier League.

More information on the series and a live audiocast of each game can be found on the Freedom website, FlorenceFreedom.com.

After playing most of the second half of the regular season with the Winston-Salem Dash, Booker has returned to the Kannapolis Intimidators just in time for the South Atlantic League’s Northern Division Series, where the Intimidators will face the Greensboro Grasshoppers. Game 1 of the best-of-three series is slated for Thursday night.

Booker finished his first regular season in Class A hitting a combined .274 at Kannapolis and Winston-Salem, with five home runs, 44 RBI and 23 stolen bases.

Booker, a South Atlantic League all-star in the first half of the season before being promoted to Winston-Salem, rejoined Kannapolis after outfielder Aaron Schnurbusch was placed on the disabled list.

More information on the series and live audio can be accessed at the Intimidators website, milb.com.