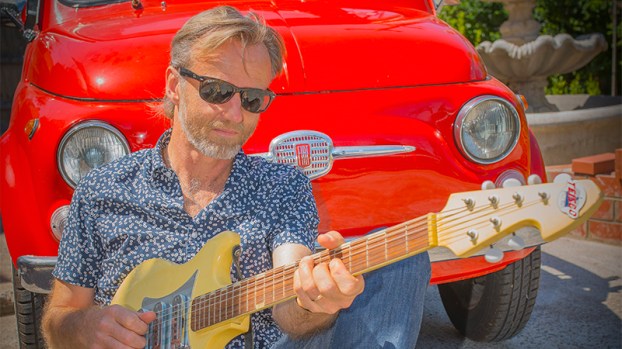 Australian blues/roots singer/songwriter and guitar sensation Geoff Achison, who invokes the spirit of the great blues and soul artists to create his original sound, will hit the American shores for part two of his extensive CD release tour in October 2017. His new album was awarded five Australian Blues Music Awards in February, including Album of the Year and Band of the Year!

Geoff Achison and The Souldiggers will kick off this U.S. tour on Oct. 5 at 7 p.m. at Frank’s Coffee House and Music Hall in Gramling, S.C.

Another Mile, Another Minute is Geoff’s 14th solo effort and demonstrates notable growth in his songwriting. The genre-bending album features horn players, backup singers and the best session and live players on offer in Australia. Long time Souldiggers Roger McLachlan and Mal Logan were part of the early days of the Little River Band. Guest players Chris Wilson, Lloyd Spiegel and Shannon Bourne are well known names in the roots world of Oz with their own well-established careers.

Since first arriving to tour in the U.S. in the mid 1990s, Geoff Achison has garnered consistently strong reviews. Down Beat magazine lauded his music as, “Catchy, intelligent songwriting. Achison controls an expressive, individual singing voice and he spills out blues guitar phrases that shed further light on various emotional states.” Elmore Magazine said, “Achison seems more like a singer/songwriter’s soul in Jeff Beck’s body.” And perhaps the celebrated Times of London said it best when it called him, “Possibly one of the most gifted musicians to arrive on the scene … his playing verges on the miraculous.”

At an early age, Geoff developed a passion for American blues music and taught himself to play on a beat up guitar he discovered under the stairs of the family home. In his early 20s, he became lead guitarist with Australia’s acknowledged blues master Dutch Tilders. After six successful years he left to pursue his own musical ideas and formed the first incarnation of his own band, The Souldiggers.

Geoff started his worldwide explorations in 1995 with his first trip to America. He represented the Melbourne Blues Society at the International Blues Challenge in Memphis and won the coveted Albert King Award for his guitar skills. He went on to accept an endorsement deal with the Gibson Guitar Company’s acoustic division. In 2014 he became endorsed by Lichty Guitars and Goodsell Amplifiers.