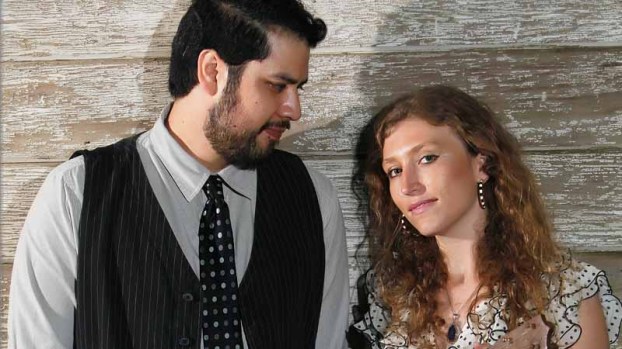 The 18th season of Tryon’s most popular summer event – Summer Tracks – presents an encore concert on Friday, September 8 with The Paper Crowns Band. The show begins at 7 p.m. in Rogers Park.

The Paper Crowns’ Spiro and Nicole are one of the premier duos on the Southeast music scene. For this special concert, they have returned to their jam and psychedelic roots with their full-on electric six-piece ensemble – The Paper Crowns Band. Their sound is a medley of Blues, Southern Rock, American Folk and Jazz, Gospel and Funk. Their musical intensity and soul has earned them comparisons to Tedeschi Trucks Band. Tonight’s show features Steve Kemble (drums), Chris Kew (bass), Eric Swanson (keyboard) and Augustin Frederic (percussion).

“The Paper Crowns…songs cross so many genres that all you need to know is that if you like music, there’s something for you there.” (Vanessa Franko – Press Enterprise)

As with all Summer Tracks concerts, the show is free, though a voluntary donation at the gate is encouraged. Audience donations along with the generous sponsorships of local businesses and individuals make these shows possible. Manna Cabana’s delicious fresh food and desserts, water and soft drinks will be for sale.

Summer Tracks is produced by the Town of Tryon in affiliation with Peter Eisenbrown of Blockparty Productions. For more information about Summer Tracks and the performers visit www.summertracks.com.

Carlton Burke will be visiting FENCE and leading a nature hike on the property. Meet at the FENCE nature center... read more