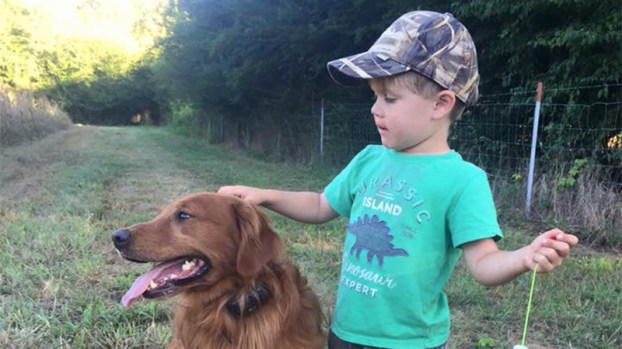 Tales of the Hunts: It’s the most wonderful time of the year

Labor Day weekend signals the start of hunting season for our area. Doves are the target, but not an easy one. You may have noticed fields of sunflowers and millet while driving back roads over the last few months. Those fields will host hunters the next few weeks who will sit on buckets in the blazing heat for a chance at one of our smallest game birds. I would argue that there is no better place to introduce kids to hunting than at a dove field. 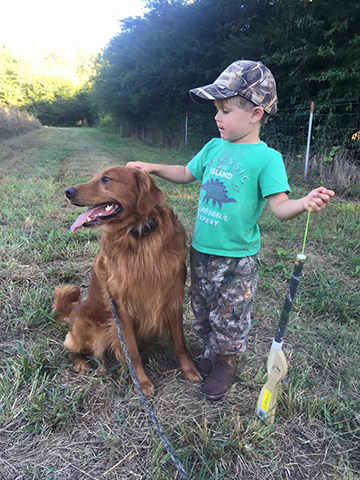 Paul is pictured with the family dog, Sage, on a recent hunt.

Children are a welcome addition to our group and more are added each year. Cell phone reception is spotty so it gives the children a glimpse of life before smart phones. You know, back when people could talk to each other without emojis and cryptic letter amalgamations. My 5-year-old son struts around in his camo and boots acting like a little man. He asks the men “How’s work? How’s your family? Where is your dog?” and most importantly, “What candy did you bring?”

The stereotypical hunter leaves his family at home while he goes hunting. While that happens on occasion for me personally, a majority of my hunts involve my little hunting buddies. Whether deer, duck, or dove hunting, it can be adjusted to be kid friendly. Dove hunting is the easiest way to introduce a kid to hunting. It involves minimal walking, you don’t have to be quiet, and you can eat nacho cheese Doritos without worrying that a dove will smell them.

My son’s snack of choice is any sort of sour gummies. As a dentist, I may sound hypocritical letting him have these, but sour gummies are a familial sin that has been passed down to him. Every sour gummy bag is a bug zapper and my son and I are the bugs. Of course, after every hunting trip there involves some father-son bonding with a toothbrush and floss.

How much candy do I let him eat on a hunt? Well, that depends. My son has created an economy of gummies based on how well I shoot. He gets one for a miss, and two for a hit. I wish I could say he gets a lot of doubles, but most of the gummies come in singles. Both my son and dog wish I was more accurate.

I used to go practice with skeet before these hunts, but I would rather blame my misses on lack of practice than lack of skill. With every miss, my son says “Why didn’t you get that one?” Looking down at him I see my golden retriever, Sage, giving me a disappointing sigh. Sage gives me the type of look that says, “You know, I’m supposed to be a hunting dog. If you don’t hit anything I am just a waiting dog.”

After a few hours, we head to the truck with empty candy wrappers and a few birds. My son walks around to talk with the other hunters, kids, and dogs while I sit with content on the tailgate grinning ear to ear. I know it’s not Christmas, but for the next few months it’s the most wonderful time of the year.

Philip Hunt is an avid outdoorsman who enjoys spending time afield with his wife, two kids, and two dogs any chance he gets. He can be reached at
twodogoutdoors@gmail.com.