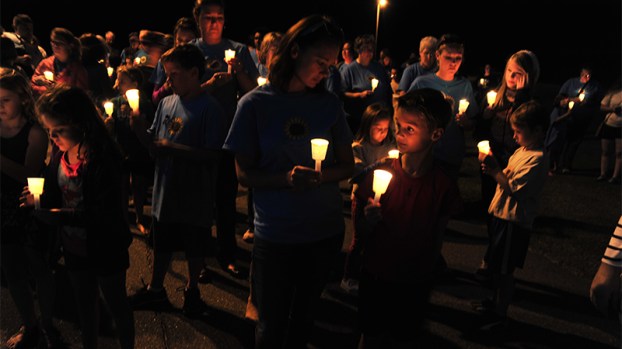 A Light in the Darkness

The third annual walk/remembrance to honor those suffering with mental illness and to remember those who lost their battles will be held on Saturday, Sept. 9 at Harmon Field in Tryon.

The event will begin at 6 p.m. and is free to the public.

The walk includes free food, T-shirts and candles provided as well as speakers, a dove release and music.

The first event was held in 2015 and drew approximately 250 people with last year’s event drawing even more.

Mary Prioleau and Tamara Black organize the event every year after both losing loved ones to suicide in recent years.

This year’s event has several sponsors so far with Aaron Greene serving as MC and the Polk County High School Wolverine basketball team will once again set up, cook food and clean up.

Polk County ranks high in the state for suicides, recently ranking the third highest in the state.

For more information or to donate to the event, visit 3rd Annual Walk/Remembrance on Facebook or contact Prioleau at 828-899-9699. •