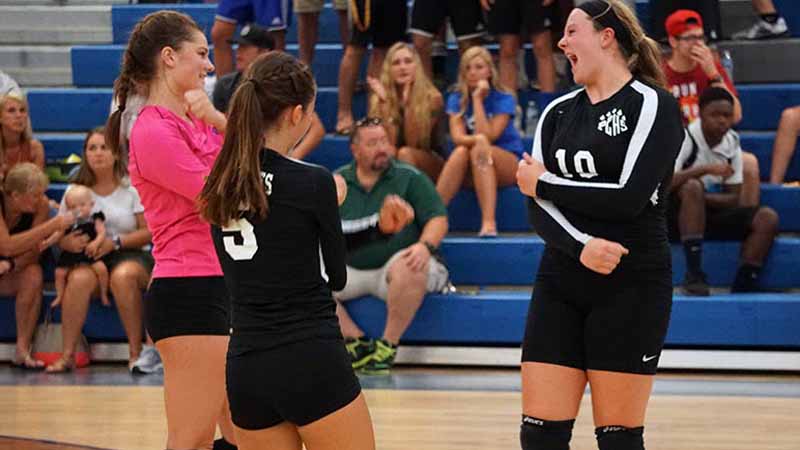 For a time Wednesday night, Polk County volleyball coach Molly Hill saw the potential of this year’s Wolverines on display.

And that helped cushion the blow of a 3-1 loss to West Henderson in the Wolverines’ home opener as well as the first official event in Polk County’s renovated gym.

Polk County played without starters Kristen Hall and Mireya Roman, each last-minute scratches due to injuries. That forced Hill to juggle her lineup just before the match, and West Henderson took advantage of the unsettled Wolverines in the first set, pulling out to a 10-5 lead and steadily pulling away.

But Polk County flipped that pattern in the second set, jumping in front 7-3 and never trailing.

“I was really proud of that second set,” Hill said. “I told them in the locker room that I felt that was the best I had seen them play this year. Everything was clicking, and it was really good to see that, to see the potential and to see all the puzzle pieces falling into place.”

West Henderson grabbed an 8-4 advantage in the pivotal third set, but Polk kept the deficit within 2-3 points until finally drawing even at 15-15 on a Reagan Waddell kill and a block by Meadow Becker and Ansley Lynch. West Henderson took a timeout at that point, regained the serve on a Wolverine net violation and edged ahead 18-15 on back-to-back Casey Brown aces.

Two West miscues allowed Polk to pull within 18-17, but the Falcons scored five of the next six points and wrapped up the set to take a 2-1 edge. West then dominated the final set to clinch the match.

“We made too many mistakes and gave them too many freebies,” Hill said.