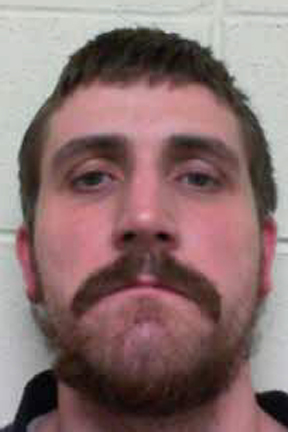 MILL SPRING – The uncle of a 5-month-old baby, who was killed in 2015, pleaded guilty to voluntary manslaughter in Polk County District Court on Wednesday, Aug. 23.

Jeremiah Lee Jackson, 32, of Mill Spring, pleaded guilty and was sentenced to 84-113 months in prison, or seven to a little over nine years, according to court records.

Jackson was given credit for 874 days of time already served, or a little over two years of credit in his sentence.

Jackson was arrested on April 2, 2015 after the death of the baby was ruled a homicide following an autopsy.

Jackson was originally charged with second-degree murder in the case.

Emergency responders were called to the home of 23 Freedom Drive, Mill Spring on March 30, 2015 to an unresponsive infant, where he was rushed to St. Luke’s Hospital and pronounced dead.

The autopsy later revealed that the infant, Cayden Berryman, who was just shy of being six months old, suffered from some form of blunt force trauma to the head.

Jackson is the brother of the baby’s father and was babysitting Berryman, his twin brother and two sisters at the time.

“These type cases are always hard,” said Bayne, “especially when the victim is an innocent baby. The punishment never seems to fit the crime. The only solace the community can take from this is knowing the offender will serve prison time.”

Polk County Sheriff Donald Hill said after the autopsy and arrest that legislation needs to get serious about child abuse in the state and country and this child “never had a chance.”

Hill also said in 2015 that Jackson should have never been free to commit the crime given his past criminal history.

Jackson’s criminal history included charges and convictions in several states, including a charge of statutory rape, a child abuse conviction, fraud, drug convictions and a charge of communicating threats, according to court records.

Jackson spent the last two plus years at the Transylvania County Detention Center under a $200,000 bond.

The community rallied and raised enough money to pay for Berryman’s funeral services in April 2015. The money was raised the same day of his death.