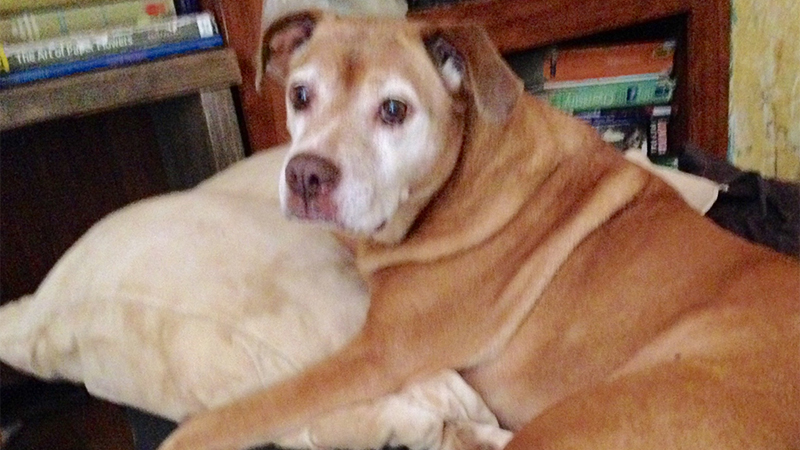 Every town has its people that make it unique and magnify the human spirit. The small town of Saluda also had a town dog, Jenny. She grew up with a local family who had five boys, and when the boys started walking downtown she followed. As her boys grew up, she took up with the people of Saluda. Gary Pace remembered her well. She was always around and she was a part of Saluda. She would be laying outside of the Saluda Grade waiting for one of her boys to get off  work or inside the Green River Brewery being showered with treats. The kitchen crew at the Onion saved the juiciest morsels for her and she loved to hang with the young folk after work.

The older she got the more she began to claim Main Street. She was out roving in the rain or the snow. Jenny didn’t go with just anyone; her freedom had translated into a higher form of intelligence.

Several years ago, as more and more tourists rolled into town, it was decided that she should move out on Warrior Mtn., her family didn’t want to cage or tie her and she loved to be downtown. She has lived a comfortable life always ready to ride to town and check for old friends. She loved Saluda. She would slip off every once and a while and walk the whole 10 miles to town to catch up with her friends.

During the eclipse she left for town her last time. I want the people of Saluda who fondly remember her to know she was headed their way when she died.