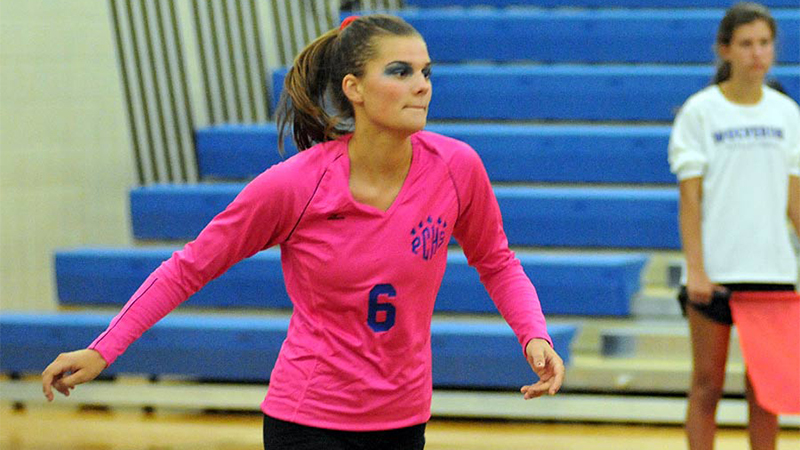 Polk County volleyball coach Molly Hill has been tinkering with different lineup plans during the preseason.

She has assembled as many as eight different options – a testament to the talent and flexibility this year’s roster contains.

As Hill enters her fourth season at Polk County, she may well have her most talented team yet, quite a statement given her 57 victories in the past three seasons. The Wolverines begin regular-season play on Tuesday at Enka, starting a journey that Hill hopes will last deep into the postseason.

“This year, more than ever, we have the potential to do some things here that haven’t been done and go farther than we have before,” Hill said. “I hope the girls are focused on that. We can really do big things this year.”

At the heart of that optimism are three seniors who are expected to play key roles.

All-Western Highlands Conference returnees Reagan Waddell and Kendall Hall and fellow senior Lauren Ketwitz will provide experience and leadership to the Wolverines’ starting lineup. Hall enters her fourth season as Polk County’s starting libero and should surpass 2,000 career digs during the season. Waddell returns at outside hitter and should reach 1,000 career kills while Ketwitz will be the team’s primary setter.

“These are the girls that started with me,” Hill said. “That’s kind of surreal, but it makes it more special.

“Those three girls have been big contributors to our success and I’m excited to see what they’re capable of doing this year.”

Junior Ansley Lynch, an all-conference pick last season, is back in action after suffering a knee injury in January that required surgery. Lynch will see time at middle hitter along with sophomore Mireya Roman and Meadow Becker.

“I made out eight different lineups the other day, and I’ve never been able to do that,” Hill said. “This year we’ve got numbers, we’ve got tall girls, we’ve got a bunch of well-rounded girls who can go anywhere and play anywhere. We’re very versatile.

“Defense is always one of our strong areas. I think we’re one of the best passing and defensive teams in the area. That’s something I pride myself on teaching.”

With Hendersonville leaving the WHC as part of this year’s realignment, Mountain Heritage, despite the loss of conference player of the year Alex Boone, will likely be Polk County’s leading challenger for the conference title.

“It’s kind of a love-hate relationship. I really liked playing Hendersonville,” Hill said. “They pushed us and were big rivals. That was always a really tough, intense game.

“Ultimately, we want to make it to state. I think we believe it’s possible more than ever this year.”