TLT’s upcoming show is “Greater Tuna,” written by Jaston Williams, Joe Sears and Ed Howard, and will be directed by Tryon’s own, Carol Cox. The show runs for two weekends starting Sept. 14.

Cox directed her first show when she was 11, she says, “by simply telling my friends what to do! I was, and am, a fan of The Little Rascals, their antics, and spontaneity of putting shows together in the neighborhood – so I just fell in line with the concept!” 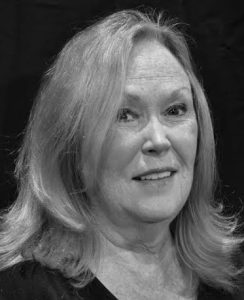 Loving well written comedy as she does, and loving Tryon Little Theater as well as our bevy of local and talented actors, what could be better than choosing fun coupled with hysteria to kick off the TLT season?

Her directorial debut for TLT was in 2015 with “You’re a Good Man Charlie Brown,” which she co-directed with friend and fellow comedian Tena Greene-Porter. And it seems the bug bit.

“Last year I could hardly contain myself directing and watching the amazing cast of ‘Lend Me a Tenor,’” she says, “and now I have chosen this outrageously funny and irreverent show whose characters depict the loveable, cantankerous, and often crazy residents of a small Texas town called Tryon – I mean Tuna.”