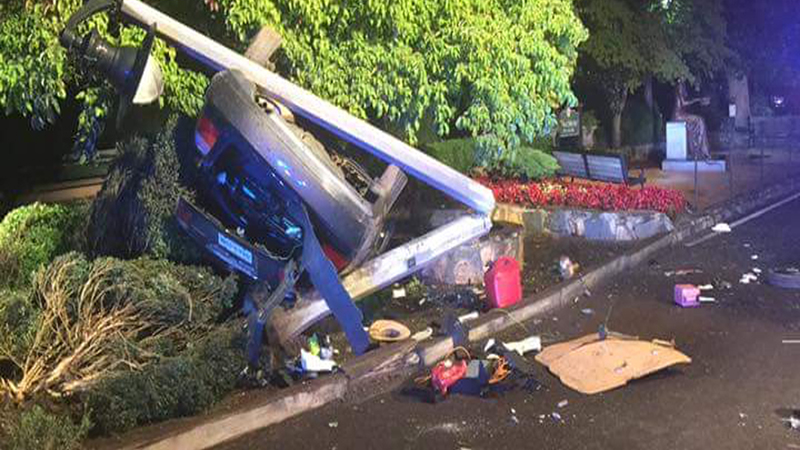 Arrowood said the Landrum Police Department deployed stop sticks while still in South Carolina, which flattened two tires of the suspected vehicle, but the suspect kept driving up U.S. 176 into downtown Tryon, where he wrecked.

The crash took out the railroad crossing sign, a street lamp and some bushes just entering downtown Tryon on the left.

Jeremy Lewis Moss, 32, of 151 Candy Ln., Chesnee, S.C. was arrested and charged by Spartanburg County with reckless driving, blue light violation and petit larceny under $2,000, according to police reports. 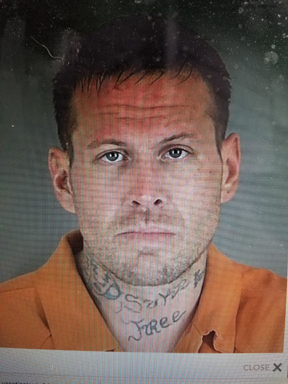 Arrowood said Moss had a female passenger and both were transported to Spartanburg Regional Medical Center. The Tryon Police Department has charges pending on Moss related to property damage.

Moss was still being held at the Spartanburg County Detention Center as of Monday, Aug. 14 under $4,150 in bonds.