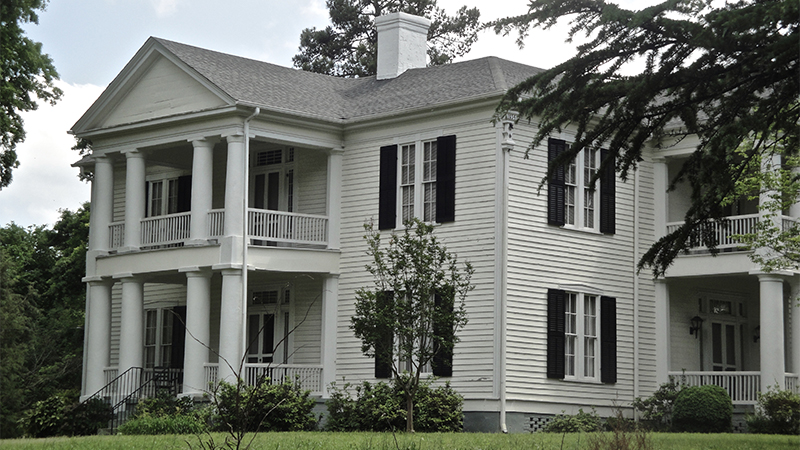 I sometimes like to escape on a sunny, summer day and take a ride to an undiscovered location. So recently I found myself thinking about a day trip. But, where to go?

Then I remembered visiting the Spartanburg Historical Museum last spring. The exhibit running at that time highlighted former “hot spots” in Spartanburg County. A place called Glenn Springs caught my attention. From the early 1800s until the early 1900s, Glenn Springs, in the summertime, was a bustling community due to the opening of an inn, by John B. Glenn, beside the so called “healing sulphur springs.”

So off I go early one morning on a quest to explore what remains of Glenn Springs. I head to Spartanburg and take Highway 176 east out of Spartanburg. When I reach Highway 150, I turn right. But not before I notice a sign pointing left towards Pacolet that mentions the Pacolet Historic District. This will be a trip for another day. Today I head down 150 to Highway 215 and enter the former community of Glenn Springs. 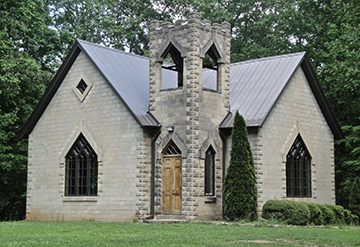 My research online tells me I can park by the old Post Office. This is a quaint building that has been restored by the Glenn Springs Preservation Society. I learn from the preservation society’s website that it was “originally a saddler’s shop constructed around 1900 and located near the historic Glenn Springs Hotel.” Eventually it was moved and served as the Glenn Springs Post Office, but closed in 1969. The building has recently been restored and sits as a sentry in the middle of the former town.

I park the car and decide to explore a bit. A large, deteriorating structure can be seen through the woods. I know from my readings that this was known as Cates Store. It looks a bit haunted to me and I don’t choose to get any closer. It appears to be another possible restoration project. On one website I had read, “Visitors can take a great hike through these woods on the newly developed seven mile Glenn Springs Passage of the Palmetto Trail, and see some of the ruins of this once “queen of the southern summer resorts.” Today is not the day for me to trek the Palmetto Trail. 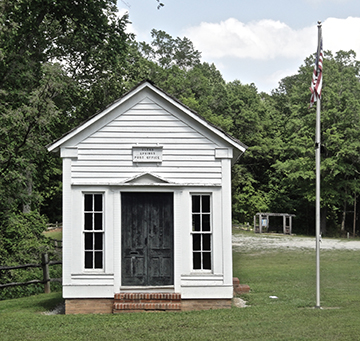 As I wander I come upon an old stone church. From my research before my drive, I know this was formerly the old Presbyterian Church. It has been restored over the past several years and is the home of the preservation society. It can be rented for weddings and every fall it is the site of an oyster roast fundraiser.

I drive down a narrow road and come upon an old cemetery. The sign reads “Calvary Episcopal Church Cemetery Established 1848.” It’s unusual, as there seem to be two sections, a more recent sector in the front and then a high wall. I can see that there are more graves behind the wall. Wearing summer sandals today will prevent me from exploring beyond the wall. I’ve been warned in the past that snakes like to hang out in cemeteries to sun themselves and I don’t want to meet up with any sunbathers! I do take note of another sign that reads, “In loving memory and thanksgiving for the Browning, Peake, Kennedy, and Cherry Families.”

As I continue a drive down the road, I come upon the old Spartanburg Boys’ Home, which in past years owned the spring and the surrounding property. It is no longer used and is presently owned by the state.

I turn the car around and head back to the center of town. Two stunning antebellum style homes are located across from the old post office. Again, my pre-trip research told me that one home was built in 1854 by John Zimmerman and the other home was built in 1890 by Charlie Zimmerman. Both houses are listed on National Register of Historic Places. John Zimmerman owned slaves and all his slaves learned to read and write. My curiosity will lead me to one day dig further into the history of these magnificent houses.

The hotel burned in the 1940s but the water from the spring remained famous for many years. Another quote from an online source tells me, “J W Bell owned Glen Springs from 1930s until 1970. The J W Bell Company in Spartanburg, South Carolina would bottle the spring water in One gallon Glass Bottles and sold it to Drug stores and delivered to homes. It was believed to have many healing properties. J W Bell would drink the spring water everyday and lived until 97 years old.”

It’s time to call it a day and head home, knowing I will return. Maybe the cemetery snakes will be asleep in the midst of a cold winter day! If you like to travel back in time and wander around the countryside, I recommend a trip to the hamlet of Glenn Springs, S.C.