Charles Donald Sweezy, 49, of Forest City, was arrested and charged by the sheriff’s office with solicitation of a child by computer or other electronic device, according to sheriff reports.

The Polk County Sheriff’s Office Investigative Unit received information in reference to a male subject trying to solicit a minor child for unlawful sexual acts and took Sweeny into custody on Thursday, July 13. 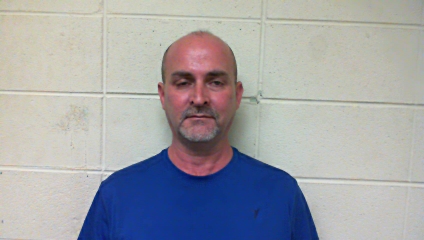 The investigation was a joint effort with Polk County investigators and the U.S. Homeland Security. Investigators intercepted Sweeny on Park Street in Columbus before contact could be made with a minor child, according to the sheriff’s office.

Solicitation of a child by computer or other electronic device is a class G felony.

Sweezy was still being held at the Polk County Jail awaiting trial under a $30,000 bond as of late Friday afternoon.