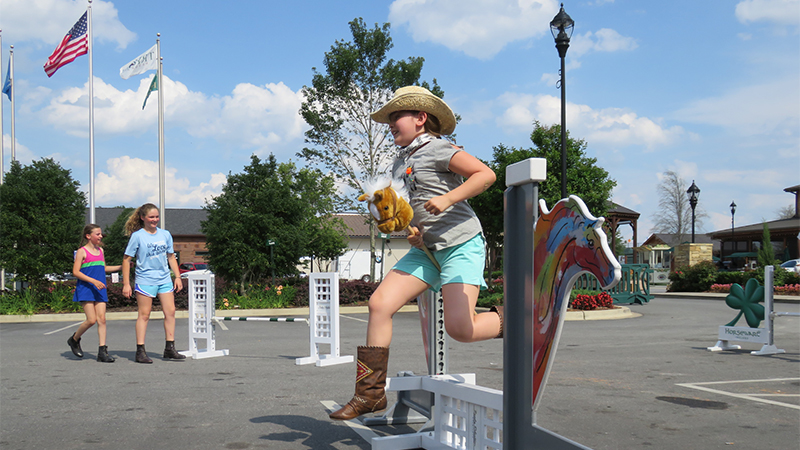 Watch for the return of “The Unknown Cowgirl.”

Written and photos by Judy Heinrich

Adding another discipline to its line-up of international-level competition, Tryon International Equestrian Center became the first U.S. venue to host the new sport of “Competitive Hobby Horsing” when it held its first training session for participants on June 3.

Competitive Hobby Horsing originated in Finland, where it now has more than 10,000 active participants. It has been featured on both social and mainstream media, including ESPN, ABC and The Wall Street Journal.

TIEC’s first training session saw an enthusiastic and tireless group of Hobby Horse jumping participants. A second training session was scheduled for June 10, to be followed by two rounds of competition on July 1 and 8, and the “American Hobbyhorse Championship” on July 22, to be staged overlooking the George H. Morris International Arena.

Divisions will be designated by school grade and include cross-rail classes for the youngest participants, up to 3’ heights for sixth through eighth graders, and an “Open Class” high jump competition.

To find out all about Competitive Hobby Horsing, visit TIEC online at www.tryon.com and look for its links to “Sensational Hobby Horse.” •