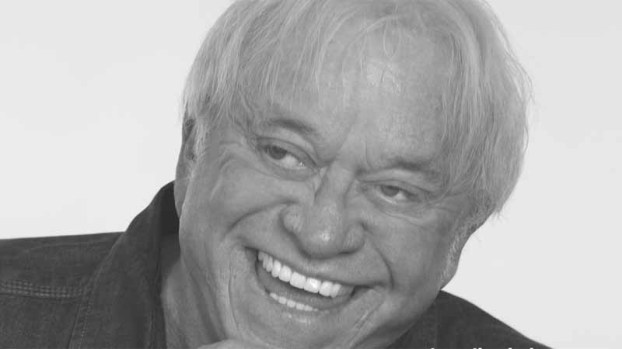 James Gregory grew up watching stand-up comedy on programs like Jack Benny, Milton Berle and the Ed Sullivan Show. After some nudging from his friends, he started doing open mic stand-up in Atlanta and things just took off. Today he performs his down-home stories of food, funerals and funny relatives to sold-out theatres, casinos and corporate events working 48 weeks of the year. He’s also a regularly invited guest on national radio shows, like The Bob & Tom Show, Rick and Bubba and The Big Show with John Boy and Billy.

Early in his career he earned the moniker, “Funniest Man in America,” but, he’s quick to tell you, “At that time there were only 13 states.” His jokes are squeaky clean as, he says, “My mother wouldn’t let me tell them if they weren’t.” It’s the kind of show you could feel comfortable bringing your date or your grandmother.

What’s really unique about Gregory is his appeal to people of all ages, races, creeds and colors. It’s not unusual to see three generations rolling in the aisles. He comes off as that funny uncle that everyone gathers around at family reunions, because he has the best stories – and so reminds people of their own families.

While his routines include such Southern subjects as covered-dish suppers, road trips to Stuckey’s, and the healthy aspects of fried foods, it’s a mistake to consider him a regional comic.

Says Gregory, “To me, Southern comedians are guys who get onstage and talk about pickup trucks, rifle racks and cow-tipping. I don’t talk about the South; I just deliver my material with a Southern accent. My comedy is based on the real life people I grew up with. My notions about food came from them. They all eat fried foods and many of them are in their eighties. Meanwhile you read in the news how some health nut kicked the bucket jogging on the way home from the health food store.”

He says, “People come to a comedy club to laugh. It seems like the new thing in comedy today is ‘stream of consciousness’ or ‘cerebral’ material. I doubt if a husband and wife ever looked at each other on their way to a comedy club and said, ‘Gee, I hope this guy is going to be real cerebral tonight.’ I think they say, ‘He sure better be funny.'”

You could image that after 30 years, a comedian might become a bit jaded. Not Gregory. When he hits the stage, he comes alive like someone just plugged him in, and his fans adore him. After each show, he truly enjoys meeting with fans and signing autographs.

He says, “We’re living in such a cynical age, sometimes people don’t believe me when I tell them, ‘I’m really glad to be here’ during my show. But it’s true. I owe them all a debt of gratitude. If not for them, I wouldn’t get to do what I most love.

can find tickets and information for the show online at tryonarts.org/events or by calling 828-859-8322. To learn more about the comedian, visit www.funniestman.com.