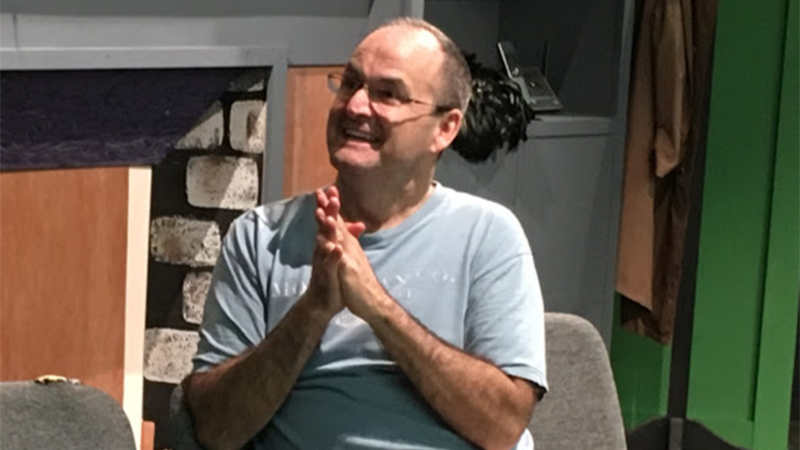 “Vanya and Sonia and Masha and Spike,” Tryon Little Theater’s next play, opens at the TLT Workshop on April 27. Vanya, one of three siblings, is played by Mark Monaghan, no newcomer to the TLT stage.

“I am so happy to be back at TLT,” says Monaghan, “and especially happy to be appearing in a Christopher Durang comedy.”

After graduating from Florida State University School of Theater, Monaghan became a member of the Actor’s Equity Association, and has appeared in commercials and on stage in numerous productions. He’s also recently enjoyed working on two projects for the Carolina Film Institute.

Although the siblings in this piece are named after characters in a Chekhov play, the author says that his play is not a Chekhov parody. “I take Chekhov scenes and characters and put them into a blender.”

Admittedly, emotions do get stirred up, and Monaghan’s Vanya is always trying to keep the peace – until he loses it!