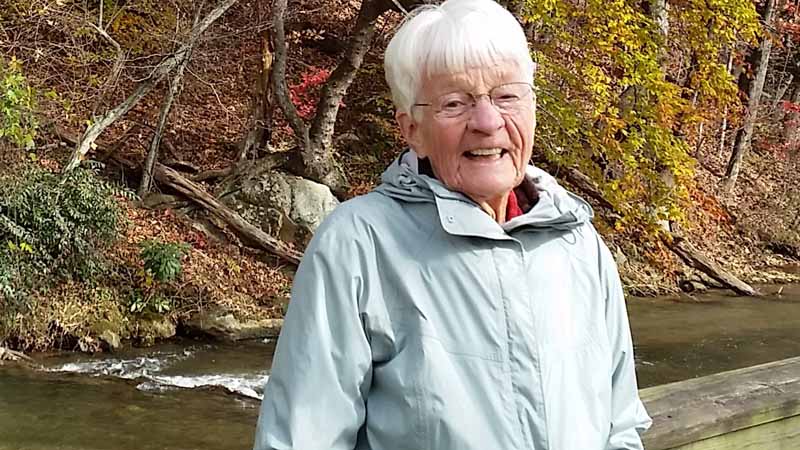 Kathryn J. Holland, age 94, passed away peacefully on April 10, 2017 at Hospice House of the Carolina Foothills.

Kathryn was born on March 24, 1923 in North Pacolet, Spartanburg County, South Carolina to Willie Durham Jones and Jeannie Louise (Hemminger) Jones. Kathryn had two sisters, Myrtle (Jones) Smith and Jeannette (Jones) Lowe; and one brother Johnny Jones, all of whom predeceased her. Kathryn grew up in Spartanburg County, South Carolina, married Raymond L. Holland (deceased) and lived the majority of her married life in Tampa, Fla. She had one daughter, Melinda J. Holland, who now lives in Landrum, S.C.

Kathryn retired from the U.S. Department of Housing and Urban Development, where she worked as a real estate specialist. Upon the death of her husband, Kathryn moved to Landrum S.C. She loved her farm in Landrum and had a passion for gardening, the outdoors and environmental protection. She volunteered for many years at the Landrum Habitat for Humanity Resale Store and Operation Hope in Landrum. She was an active member of the Landrum Methodist Church.

The family is very grateful for the loving, supportive care provided to Kathryn by Hospice and Laurel Woods Assisted Living staff.

A memorial service will be held at the farm in Landrum at 1 p.m. on Tuesday, April 25. RSVP to melindaholland@windstream.net.